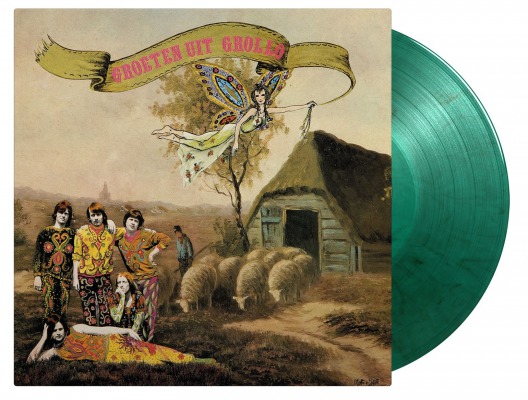 * Gatefold Cover
*** Limitiert auf 1000 Exemplare
Cuby & The Blizzards is relatively unknown to the English-speaking market but none the less the band has been famous in The Netherlands since the mid-60's. The early work of Cuby & The Blizzards had a beat / punk orientation but soon they settled into a blues groove. Before the band recorded their own work they backed Van Morrison in the gap between his departure from Them and the beginning of his solo career. »Groeten Uit Grollo«, originally released in 1967, from Cuby & The Blizzards is their second album.

The early line-up was Harry »Cuby« Muskee on vocals, Eelco Gelling on guitar, Hans Kinds on guitar, Willy Middel on bass and Dick Beekman on drums. Legendary Dutch artist Herman Brood played keyboards as a replacement for Hans Kinds because he had been drafted for military service. »Groeten uit Grollo« is still seen as the seminal album by Cuby & The Blizzards, as the band are seen as one of the main influential Blues bands in Holland.

Harry Muskee, founder and lead singer, sadly passed away in September 2011. Muskee has sent us his last greetings, saying in one of his final songs: »Time is running out, getting older every day. The only thing that's left for us is hit the road and play.«