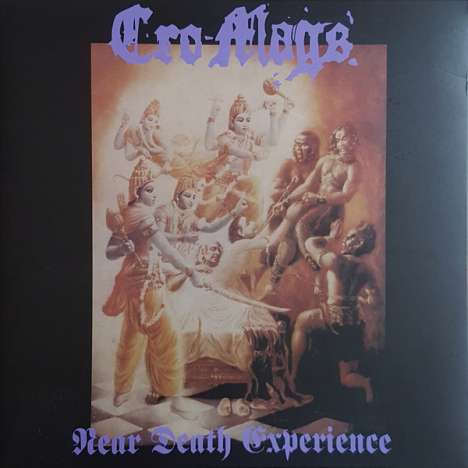 Near Death Experience is the fourth album by New York hardcore legends Cro-Mags, originally released in 1993. It is, to date, the last album to feature iconic vocalist John Joseph. The songs on the album deal with topics such as environmentalism, anti-abortion, and spirituality. After its release, the Cro-Mags had gone on hiatus for some time, experienced more lineup changes, and would not release their next album, Revenge, until seven years later!