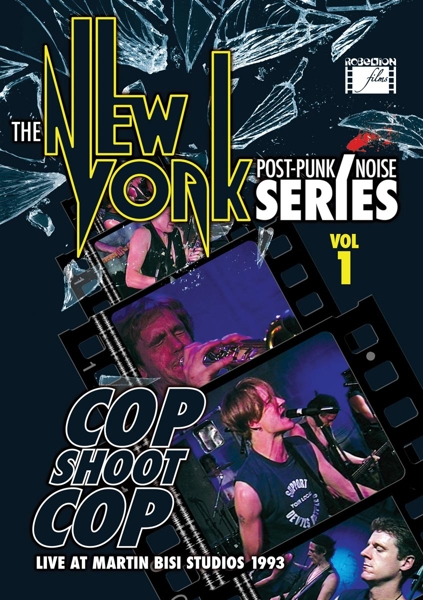 Bewertung:
lieferbar innerhalb 1-2 Wochen
(soweit verfügbar beim Lieferanten)
EUR 18,99*
Sound:Dolby Digital 2.0;Bild:4:3/NTSC;Ländercode:0;Laufzeit:60 Min.
An ongoing rock music series highlighting New York City's most creative artists and performers. New York City, the birthplace of Punk Rock and No Wave. Since the mid-1970's droves of talented and creative musicians have ventured into the neighbourhoods of the Big Apple to release upon the world their voice, their torment, their performance. Inspired by the post-punk movement, punk rock and noise, these musicians throughout the decades created a sound of their own that can only be described as definitively New York. This ongoing series of DVD releases will highlight the most important artists from the 1980s to the present. Each performance that is chosen for the series is based on visual and audio quality, as is the importance of the artist themselves. An ongoing DVD release series beginning with three
volumes in 2016 and more to come in the future! COP SHOOT COP were one of the underground's most controversial bands in sound and action. Catch them live and grimey at Martin Bisi's studio in 1993. “COP WATCH COP”.