Cody Jinks: I'm Not The Devil 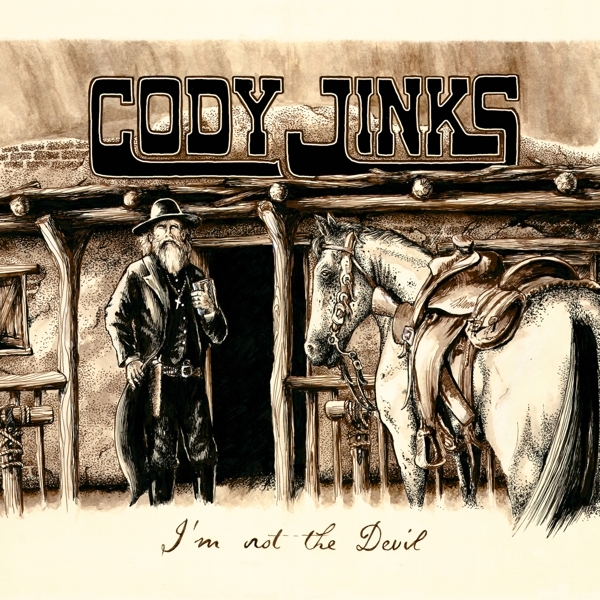 Cody Jinks was raised on country music but he cut his teeth on metal. "Metallica was king.t never ending consistency of incredible music growing up laid some very deep seeds. I mean, come oThey set the tone for me and I spent a good part of my youth wanting to be James Hetfield." After a dedicated stint as a frontman in a thrash metal band, Jinks willingly found himself back to where it all began. "My dad loved the outlaw country icons, Johnny Cash, Waylon Jennings and Merle Haggard. Jinks has been tested countless times by his career choices. His long, dark beard and endless array of tattoos are no fad. They unquestionably define Cody Jinks. I'm Not the Devil is the perpetual truth of who he is and his deepest, darkest and most provocative album to date. "It's a pretty scary time," Jinks said. "There are some evil people running things in the world. It hits me since I have a six and three-year old." One of Jinks' favourite songs on the album is "The Way I Am," a cover of a Merle Haggard classic. "I wrapped it up just before Merle died. The song always resonated with me. I relate to that one since there are times I would rather be out fishing." It's all about the music and the fans, who are the fuel that drives Jinks. "They come out night after night giving up hard earned money and precious time to see me play".