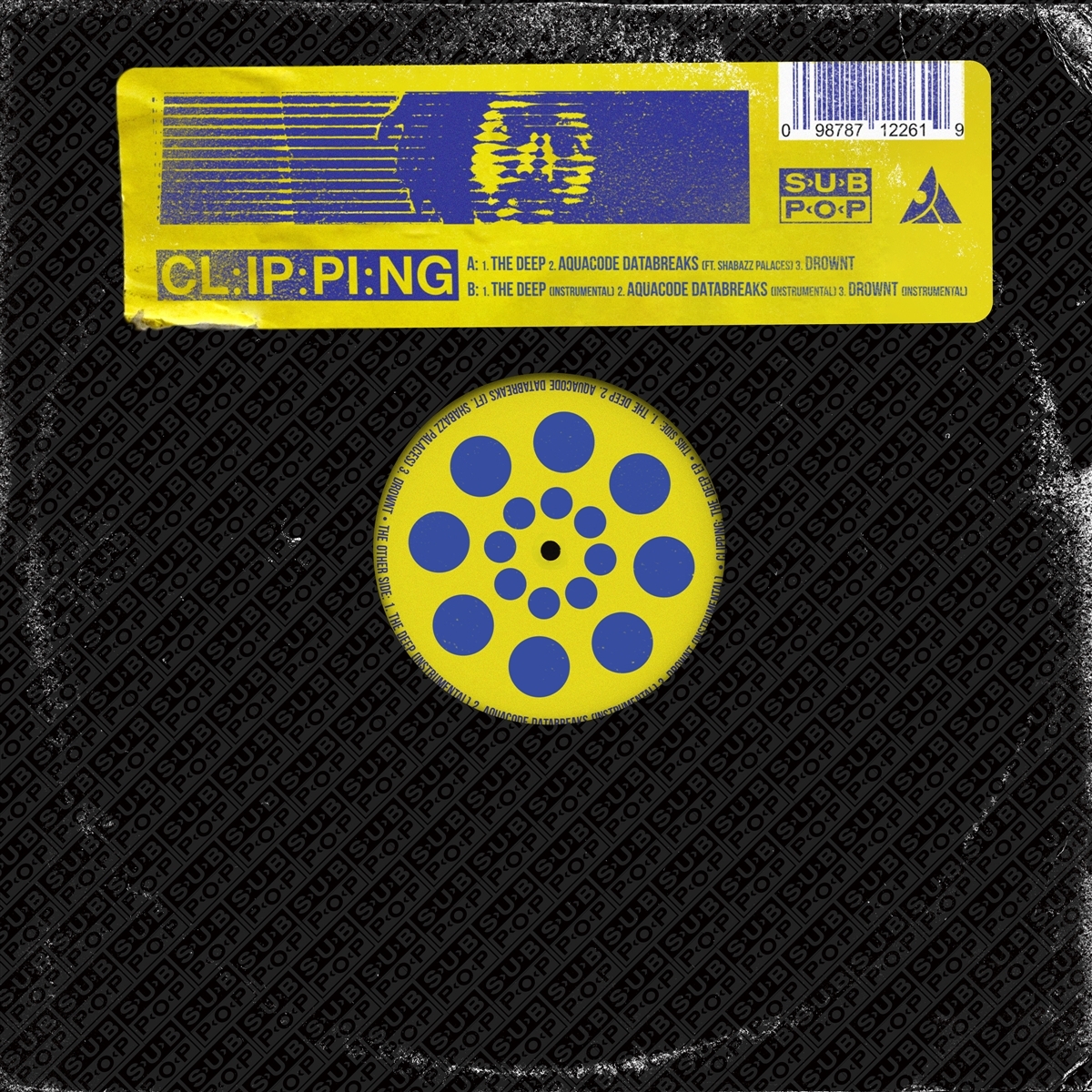 Experimental hip-hop group Clipping's »The Deep« is a dark sci-fi tale about the underwater-dwelling descendants of African women thrown off slave ships, based on the mythology of Detroit electronic group Drexciya. The song was originally commissioned for a This American Life about Afrofuturism in 2017. The track earned Clipping a nomination for a 2018 Hugo award, and the band constructed a sound installation based on »The Deep« at the Massachusetts Museum of Contemporary Art.

This release comes on the heels of the November 5th release of The Deep, a novella by Rivers Solomon (with Clipping credited as co-authors) inspired by the title track and published by Saga Press. The vinyl and digital versions include two otherwise-unreleased extra tracks - including »Aquacode Databreaks,« which features Shabazz Palaces - and the vinyl edition includes instrumental versions of all three tracks.

Clipping.
There Existed An Addiction To Blood
2 LPs
EUR 25,99*

Clipping.
There Existed An Addiction To Blood
CD
EUR 15,99*