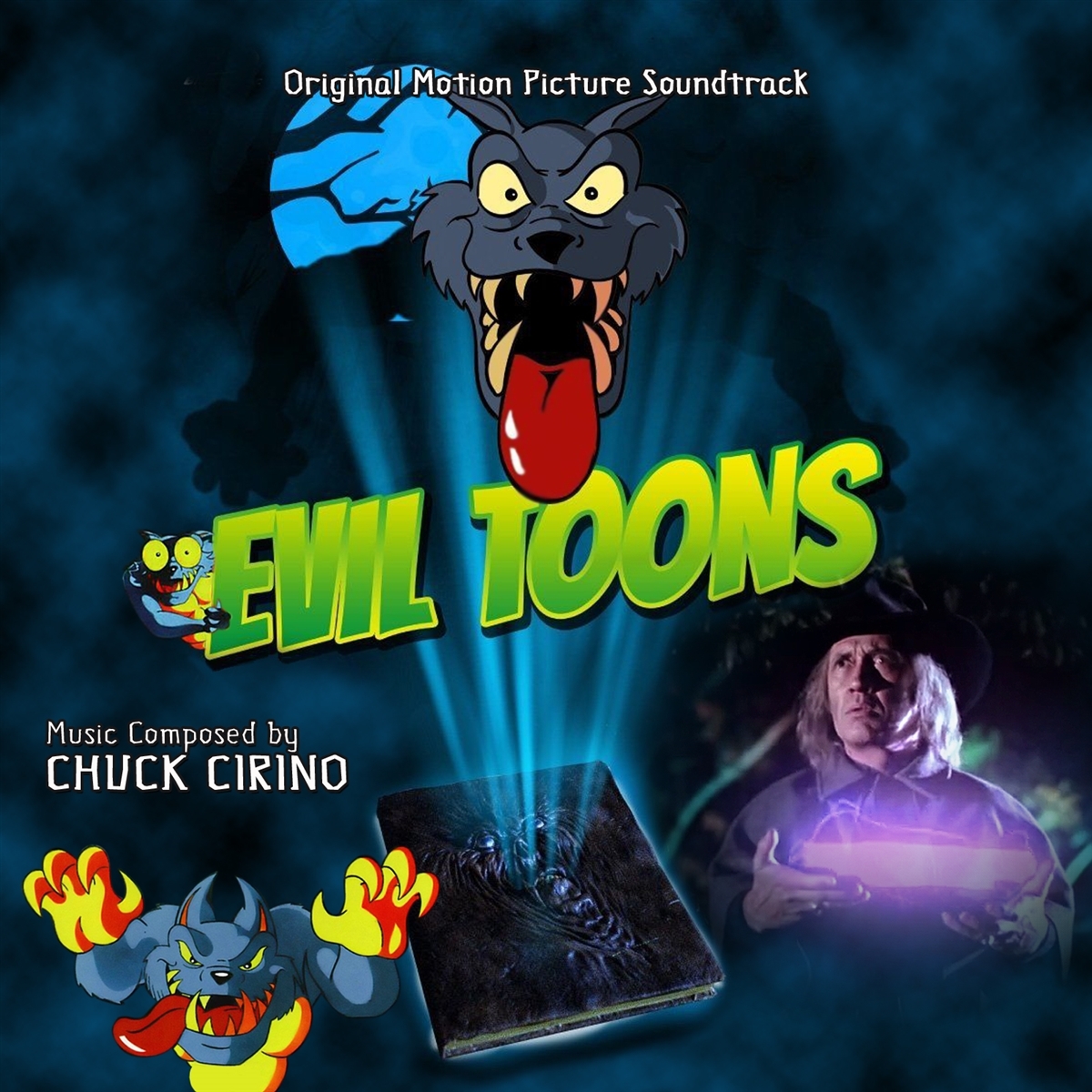 Evil Toons: Original Motion Picture Soundtrack is presenting the soundtrack to Evil Toons featuring evil tunes and a score by Chuck Cirino (Chopping Mall) EVIL TOONS tells the story of four young ladies who work as housecleaners for Burt Wentworth (Miller) and are tasked to clean up an isolated house on the edge of town. When one of them blithely reads an incantation from an ancient book, she unleashes an evil demon who terrorizes them all.

Chuck Cirino has scored 17 films with Fred Olen Ray as director, of which EVIL TOONS was his seventh. The film came to him in a hurry in between scoring 976-EVIL II and MUNCHIE, both for Jim Wynorski. Ray needed a score composed and recorded in little more than a week. This kind of post-production rush could not provide the ingredients of a great film score, but in Cirino's hands it produced an effective one. Using the same electronic set-up with which he'd scored 976-EVIL II - Prophet 2000 sampling keyboard, Roland D50 synthesizer, and a key-less, rack-mounted Yamaha TX81Z - Cirino composed and recorded the EVIL TOONS score using a classical-styled orchestration created with these early 1990's synths.