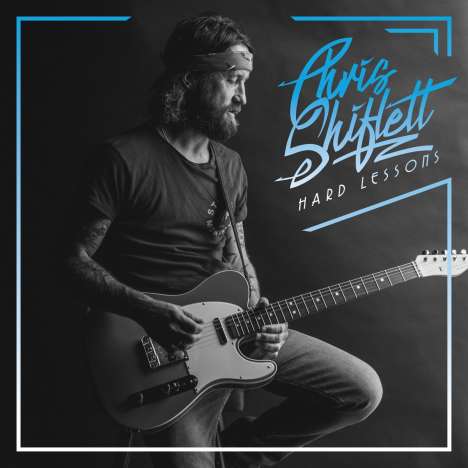 Recorded between Foo Fighters tours, Hard Lessons reunites Shiflett with Grammy-winning producer Dave Cobb, who also oversaw the tracking sessions for West Coast Town. It was Cobb's idea to track down a Marshall JCM800, a vintage guitar amp that became a popular piece of gear during the 1980s' hard rock scene. Plugging his Telecaster Deluxe and Les Paul Gold Top into that amplifier added a heavy dose of grit to Shiflett's material, which he'd written while touring and during songwriting sessions with co-writers like Elizabeth Cook, Brian Whelan, Kendell Marvel, and Aaron Raitiere.
In the studio, he followed Cobb's usual practice of recording the basic tracks in a series of live takes without a click track, with the entire studio band – including Cobb on acoustic guitar, drummer Chris Powell and bassist Brian Allen – playing at once. Pedal steel legend Paul Franklin, keyboardist Mike Webb, and harmony vocalist Kristen Rogers all chipped in during the overdub stage. The result is an album that's loud, immediate, and natural-sounding.

Hard Lessons is Chris Shiflett's most vital album to date – a record that blurs the boundaries between country and rock & roll, shining a light once again not only on Shiflett's guitar work, but his fiery abilities as a frontman and songwriter, as well.