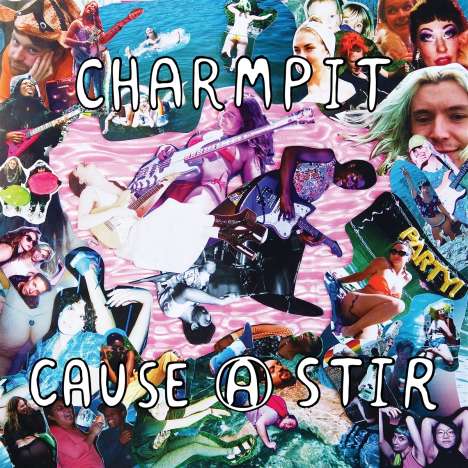 Their debut LP Cause A Stir is a shining showcase of powerful songwriting twisted up in their hot couture & glittering vision. Releasing their first 7" Jelly on Keroleen Records in 2017, followed by the 'Squirrel Away The Summer' EP on Everything Sucks.

Original members, Anne-Marie, Rhi (both originally from California), and Alex were later joined on lead guitar by Estella (Big Joanie). Three years and a 1000 miles of chiffon later, they are on fire, writing sweet sugar pop with hot cheeto punk sensibilities that radiates joy and a fierce sense of justice.

"The message is powerful, and the tune is unforgettable... less lo-fi than before, without losing any of their DIY-essence." For The Rabbits "Sparkling fuzz, jangly, shimmering hooks and luscious honey-sweet harmonies" Get In Her Ears