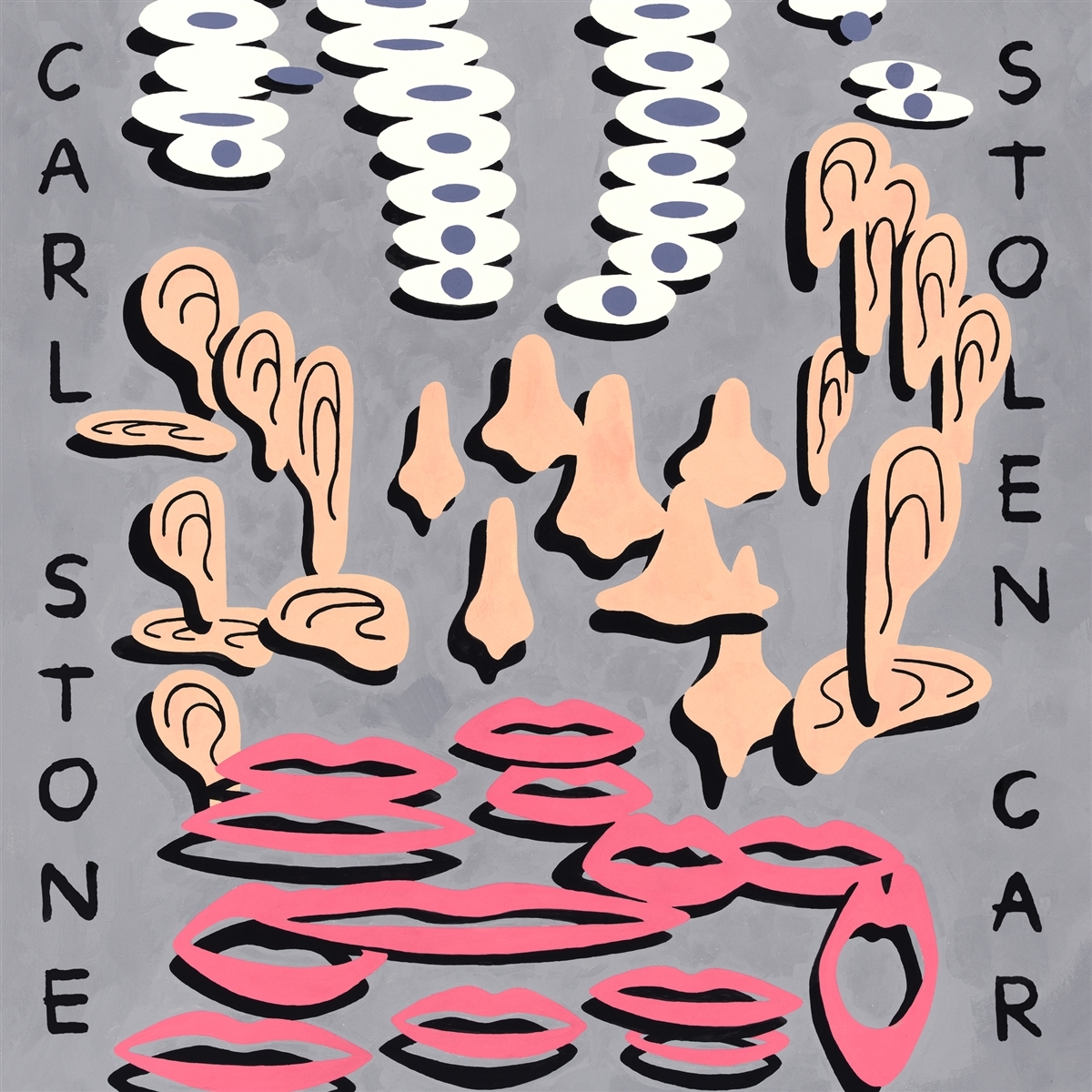 Over the past several years, the recorded output of Carl Stone has been turned on its head. In previous decades, Stone perennially toured new work but kept a harboring gulf of time between the live performances and their recorded release. This not only reflected the careful consideration of the pieces and technical innovations that went into the music but also the largely academic-minded audience that was themselves invested in the history and context of the work.

The time span of Stone's recorded output in both sheer musical duration and year range was generously expansive. Following multiple historical overviews of Stone's work on Unseen Worlds and a re-connection with a wider audience, the time between Stone's new work in concert and on record has grown shorter and shorter until there is now almost no distance at all. Stone's work has often at its core explored new potential within popular cultural musics, simultaneously unspooling and satisfying a pop craving.

On Stolen Car, the forms of Carl Stone's pieces have also become more compact, making for a progressive new stage in Stone's career where he is not only creating out of pop forms but challenging them. Stolen Car is the gleeful, heart racing sound of hijack, hotwire, and escape. Stone carries the easy smirk and confidence of a car thief just out of the can, a magician in a new town setting up a game of balls and cups. With each track he reaches under the steering wheel and yanks a fistful of wires. Boom, the engine roars to life, the car speeds off into the sunset, the cups are tipped over, the balls, like the car, are gone.

"These tracks were all made in late 2019 and 2020, much of when I was in pandemic isolation about 5000 miles from my home base of Tokyo. All are made using my favorite programming language MAX. However distinct these two groupings might be they share some common and long-held musical concerns. I seek to explore the inner workings of the music we listen to using techniques of magnification, dissection, granulation, anagramization, and others. I like to hijack the surface values of commercial music and re-purpose them offer a newer, different meaning, via irony and subversion." - Carl Stone, Los Angeles, September 2020