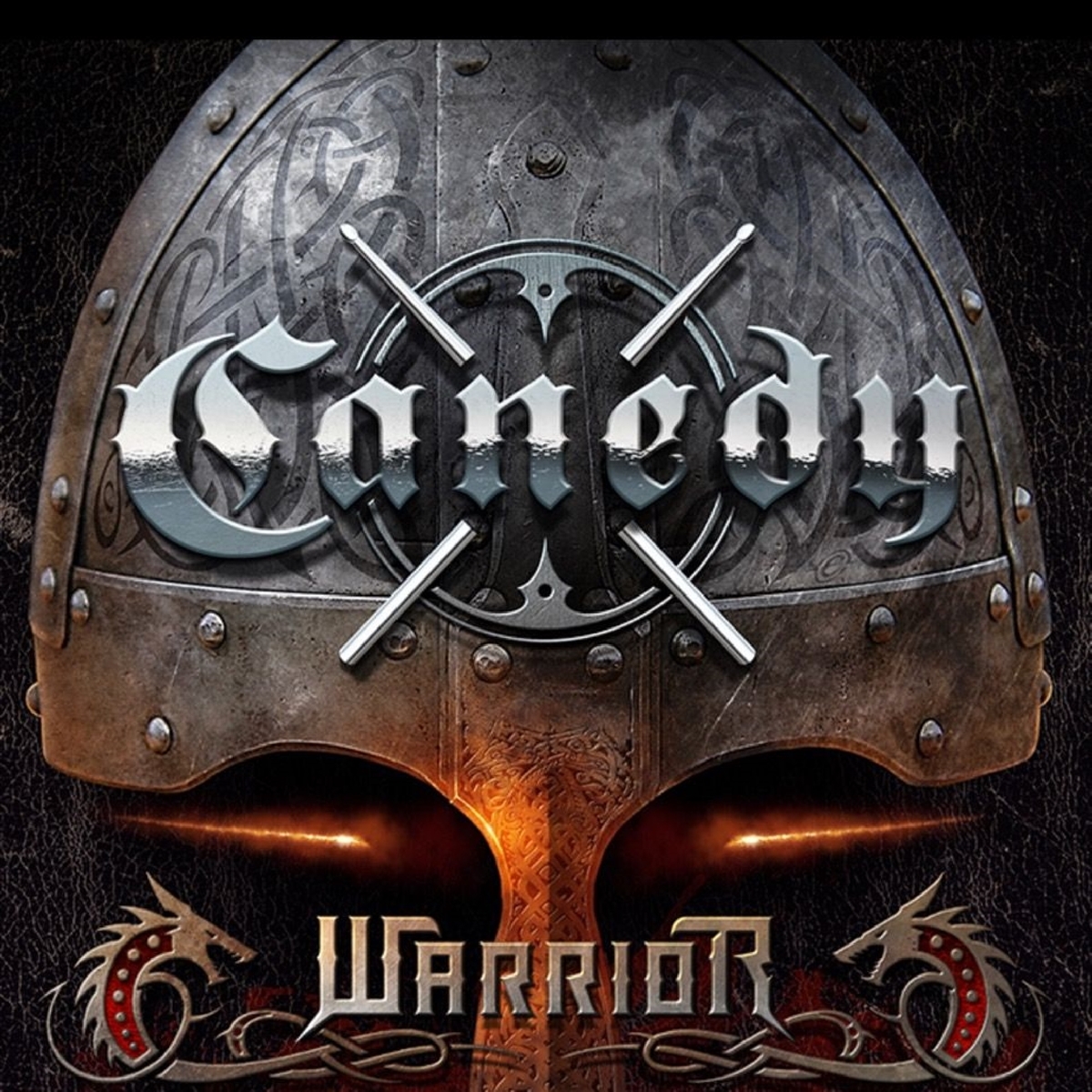 The second album of CANEDY, the band of legendary Carl Canedy, drummer of The Rods! A masterpiece, a giant, epic, powerful and melodic heavy metal album of American metallers CANEDY! The LP version contains same track-list and artwork as CD edition. Warrior is comprised of 10 tracks total.

»We are very excited to sign CANEDY and to release their upcoming masterpiece, ›Warrior‹«, says Tolis G. Palantzas (owner/managing director of Sleaszy Rider Records). »Carl Canedy is a talented musician (drummer of The Rods), a great and well-known producer (Anthrax, Overkill, Blue Cheer, Possessed, etc.) and a cool, easy going guy above all. We have a very good experience working with him in the past, releasing the 2016 album by American hard rockers St. James, where Carl played the drums. As we are often in touch with Carl, it became a mutual interest to collaborate and to release ›Warrior,‹ a pure heavy metal album, that I loved from its first tunes! The album has a massive sound and production, it's heavy, it's epic, it's catchy, melodic, powerful and I'm sure that all metal fans will love it the same as we did. The artwork of Eric Philippe is wonderful and I imagine now how beautiful it will appear on the final vinyl and cd editions we will print! We can't wait till the release date of ›Warrior‹!!«

And, Carl enthuses, »Having worked with Tolis and Sleaszy Rider records on the St James re-releases, I knew signing with them we would be working with a person and label of integrity. Although, there were several labels interested in the band, we felt Tolis and Sleaszy Rider to be the best label for the Canedy ›Warrior‹ album.« Canedy's name is long-familiar with metalheads worldwide - as he was the drummer for the Rods (and a brief early drummer of Manowar). But it is as a producer that Canedy is most known - as he oversaw the recording of classic recordings by the likes of Anthrax (›Fistful Of Metal‹, ›Armed and Dangerous‹, and ›Spreading the Disease‹), Overkill (›Feel the Fire‹), and Blue Cheer (›The Beast Is Back‹) in the '80s. And now, Canedy is putting both his production and artistic talents to good use on ›Warrior‹.