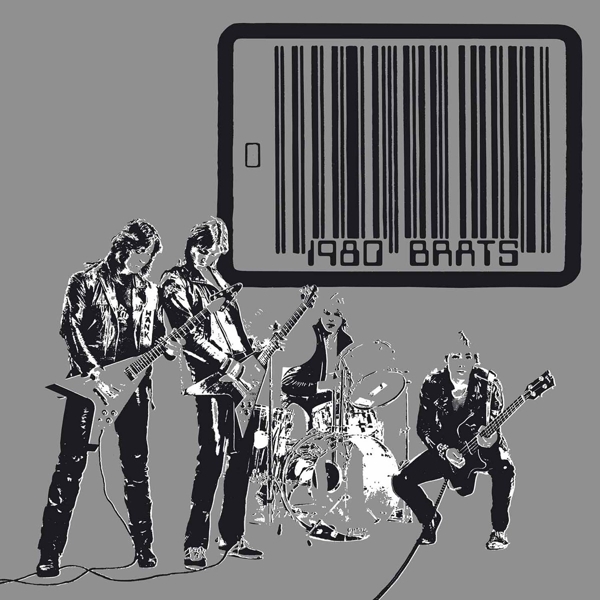 This is a serious lesson in metal history for you lot out there! The ultimate re-issue of the legendary »1980 Brats« album, complete with 4-page insert, poster and extensive liner notes. As you may or may not know, Copenhagen’s very own Brats morphed into the one and only Mercyful Fate when a certain Kim Bendix Petersen (aka King Diamond) joined them towards the very end of their short “career”.

As he explains, the Brats were his first serious band: “In August 1980 I was 19. I was standing on Strøget, the main shopping street in Copenhagen. The street was packed in front of the Bristol Music Center in Copenhagen, where we were scheduled to play an in-store gig. This was the holy place where I since childhood had purchased my vinyl collection, and now it felt like the whole city was here to celebrate our new album. Old school punks and metal heads of the surging New Wave Of British Heavy Metal had a brief moment of unity over the release party for our new »1980 Brats« album. The newspapers and magazines were out in full force.”

Just like Yenz remembers, with songs such as “Punk Fashion”, ”Heavy Rocker” and “Zombie People” »1980 Brats« was a totally unique album mixing punk, hard rock and proto-metal. It was far ahead of its time!

Soon after the release of »1980 Brats« the original band did fall apart, giving birth to Mercyful Fate (of course the actual reality was a bit more complex). Back then, for Yenz at first it felt “like reaching for the universe”: “I remember thinking: How the hell did we get here that fast? We want to thank everybody who was part of this crazy ride back then, and everybody who's been appreciating this album ever since.”