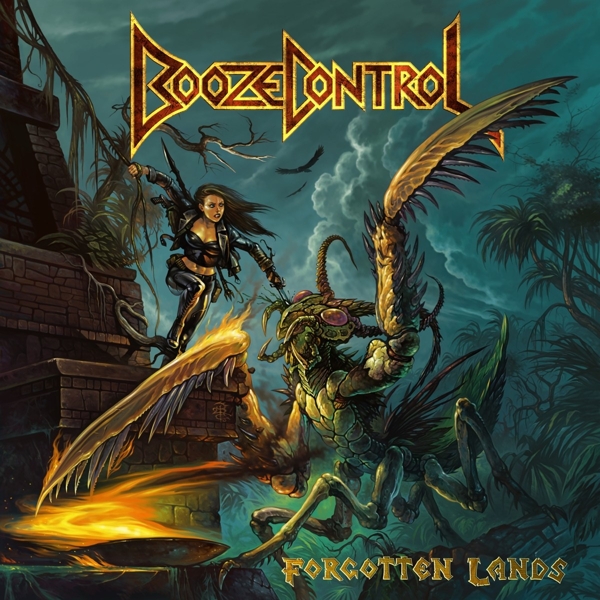 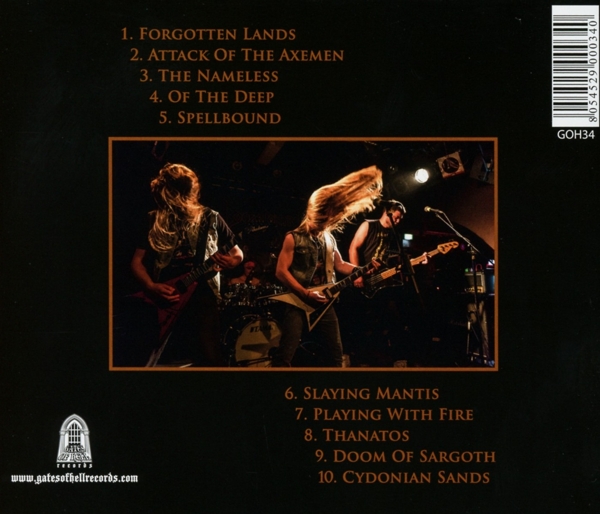 Fourth album from steadily evolving and maturing German old-school metal bashers. On their Gates of Hell Records debut Forgotten Lands, Germany’s Booze Control continue to evolve into classic metal songsmiths with tracks that adopt a more serious tone than previous efforts. Formed in 2009 in Braunschweig, Germany, Booze Control came together at the spur of the moment when guitarist/vocalist David Kuri, bassist Steffen Kurth and drummer Lauritz “Lord” Jilge, were asked to assemble a band for a local event.

The trio quickly gathered in a local rehearsal room to write songs in preparation for the show, thinking all along the band would be short-lived. But, to their surprise, more gigs followed, as did second guitarist Jendrik Seiler. Booze Control started to enjoy their new compositions, which, in comparison to the more technical nature of their previous outfits, was welcome. Soon, their debut EP, Wanted, was released in 2009, followed up by 2011’s Don’t Touch While Running. However, leading up to the creation of their 2013 album Heavy Metal, Kuri and Jilge had a revelation while watching Iron Maiden’s Beast Over Hammersmith live video.

The conviction in which Bruce Dickinson sings, the energy of the band and the charisma they displayed while on stage needed to be followed in Booze Control. Prior, Booze Control was riding the somewhat clichéd boozed-out rock band angle a bit too hard with their first releases. While the songs were there, the delivery wasn’t, so the band made a concerted effort to improve their songwriting and stage presentation for Heavy Metal. They succeeded in doing so, setting them on a path for the ensuing 2016 The Lizard Rider album and their latest and first LP for Gates of Hell Records, Forgotten Lands.

The band’s songwriting diversity is on display with “Of the Deep” as well as “Attack of the Axeman,” songs that peddle an epic flair with a classic metal foundation. Now ten years into their career, Booze Control has already gone well beyond their humble origins and party-time ethos. Booze Control invites you to take part in their continued evolution on Forgotten Lands.