The Beach Boys: Live In The Eighties feat. Brian Wilson 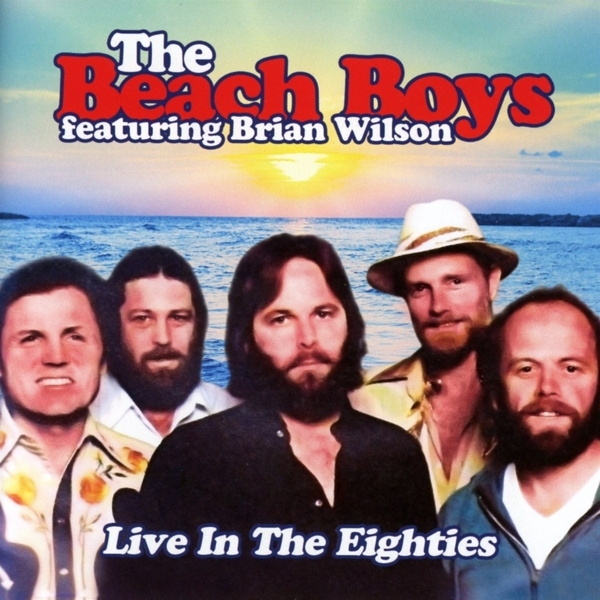 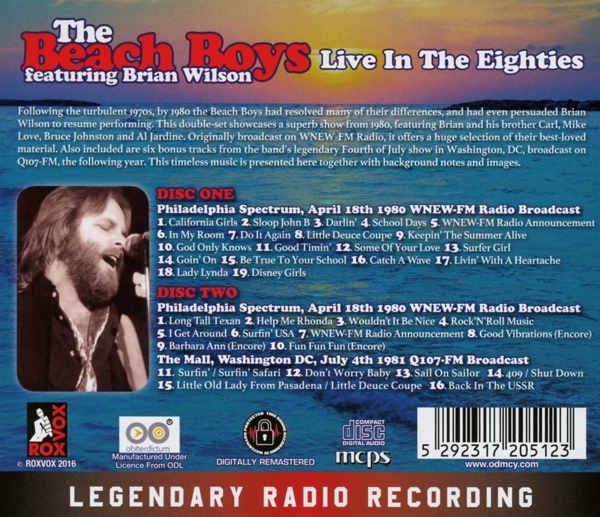 Following the turbulent 1970s, by 1980 the Beach Boys had resolved many of their differences, and had even persuaded Brian Wilson to resume performing. This double-set showcases a superb show from 1980, featuring Brian and his brother Carl, Mike Love, Bruce Johnston and Al Jardine.

Originally broadcast on WNEW-FM Radio, it offers a huge selection of their best-loved material. Also included are six bonus tracks from the band’s legendary Fourth of July show in Washington, DC, broadcast on Q107-FM, the following year. This timeless music is presented here together with background notes and images.