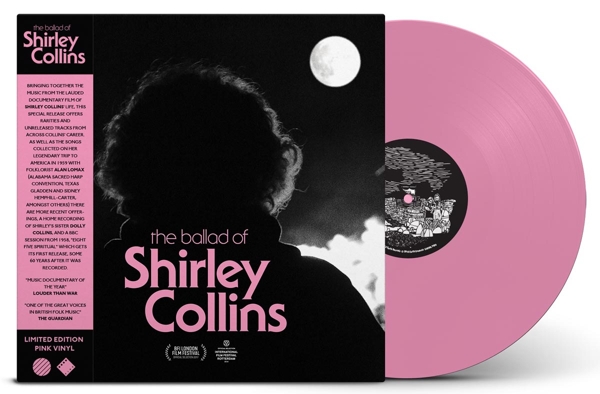 Shirley Collins is widely regarded as the 20th century's most important singer of English traditional song. The Ballad Of Shirley Collins film tells her story. Rob Curry and Tim Plester's follow-up to their award-winning documentary WAY OF THE MORRIS is a lyrical response to the life-and-times of this totemic musical figure. Granted intimate access to recording sessions for Shirley's first album of new recordings in almost four decades, and featuring contributions from the comedian Stewart Lee and David Tibet of Current 93, what emerges is a meditative and carefully textured piece of portraiture.