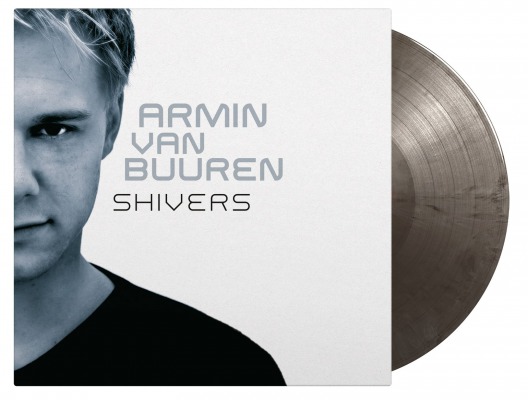 * Limitiert auf 2500 Exemplare
*** Gatefold Cover
We are proud to present the third cooperation between Armada Music and Music on Vinyl. The 2-LP release of the great second album of Armin Van Buuren, »Shivers«, including the successful singles »Shivers« (featuring Susana) and »Serenity« (featuring Jan Vayne). His second solo album finds him taking the final step into real songwriting, working with such singers as Nadia Ali, Michael Burns, Justine Suissa and Martijn Hagens, and continuing both to refine and expand his personal vision of the ways trance can be defined in a constantly expanding dance music universe. The fourth times voted number 1 DJ in the world (Dj Mag Top 100) was awarded tons of times for his influence in the trance music scene, and this album proves exactly why.

Available as a 15th-anniversary edition of 2500 individually numbered copies on silver & black marbled vinyl. The Shivers package includes an insert with pictures and credits.