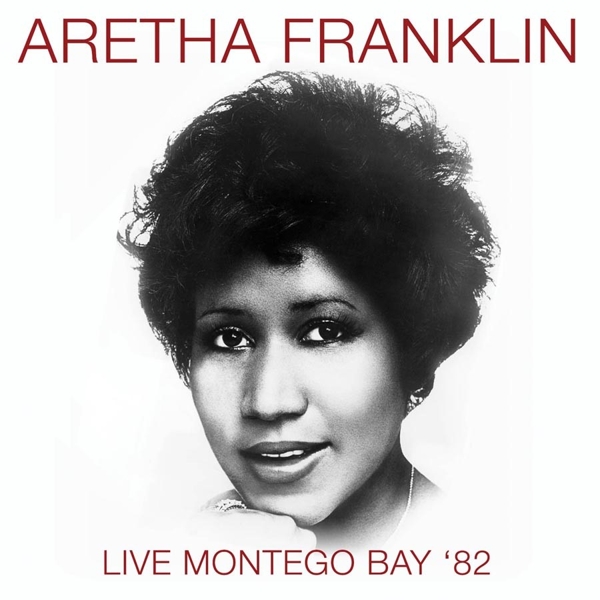 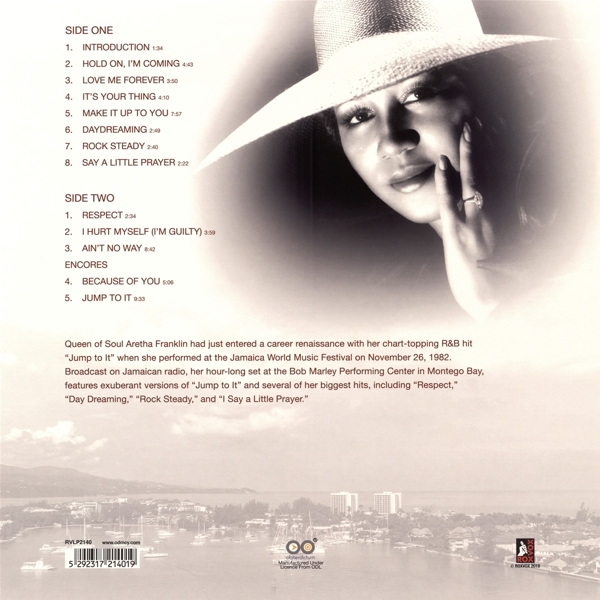 Queen of Soul Aretha Franklin had just entered a career renaissance with her chart-topping R&B hit »Jump to It« when she performed at the Jamaica World Music Festival on November 26, 1982. Broadcast on Jamaican radio, her hour-long set at the Bob Marley Performing Center in Montego Bay, features exuberant versions of »Jump to It« and several of her biggest hits, including »Respect,« »Day Dreaming,« »Rock Steady,« and »I Say a Little Prayer.«