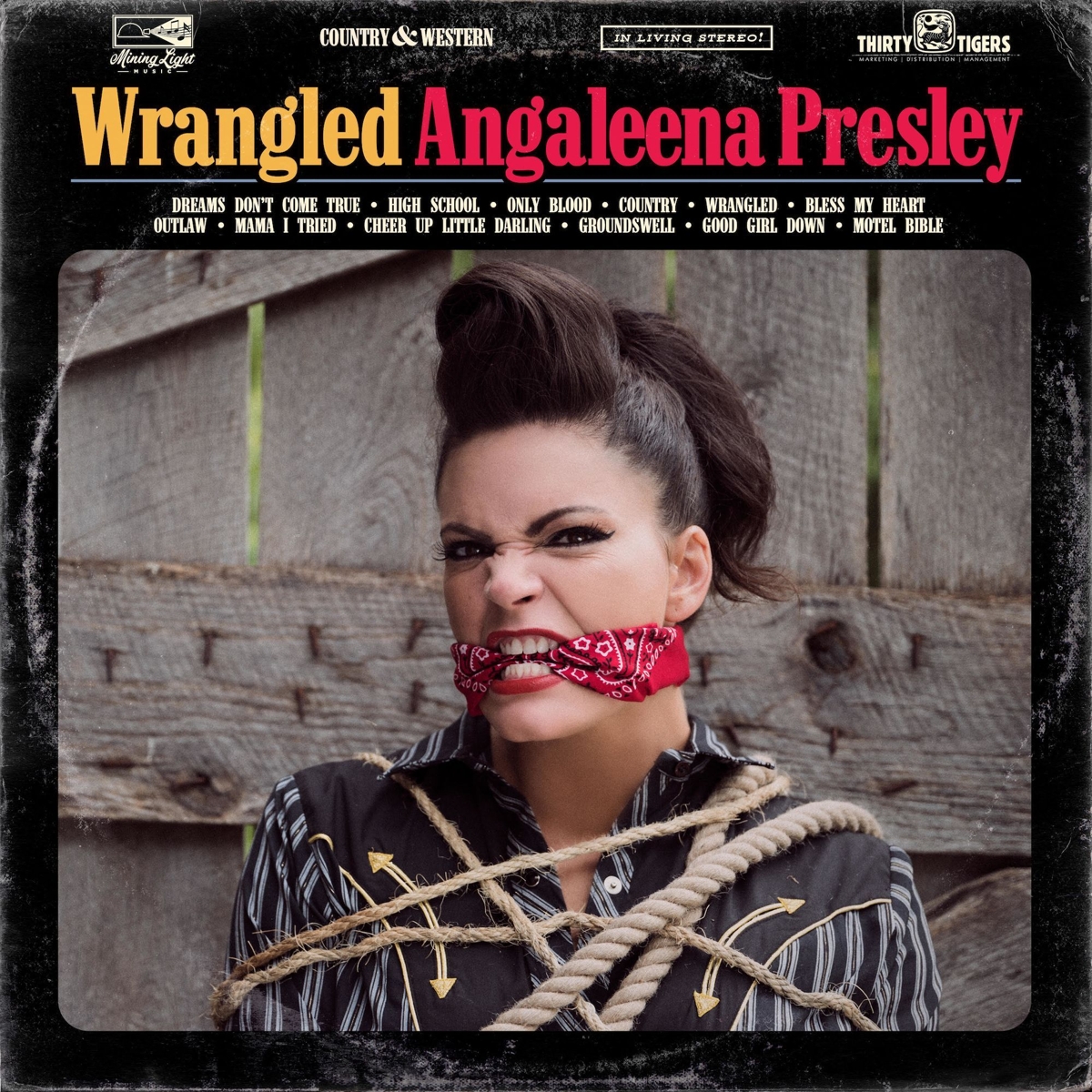 Angaleena Presley will follow her acclaimed 2014 American Middle Class with Wrangled, her second full-length solo album, on April 21 via Mining Light Music/Thirty Tigers. The album is co-produced by Angaleena and Oran Thornton and features 12 tracks, all of which were cowritten by Presley. One of the album's many highlights is "Cheer Up Little Darling" written by Angaleena and her dear friend,Guy Clark. The song "The Last Song" completed by Guy before his death features Shawn Camp playing Guy's No. 10 guitar, which was used to write the song with Guy, and Guy's mandola, which Guy had been learning to play during the last year of his life. Angaleena Presley has been touring regularly over in the UK since 2014 and most recently toured with Brandi Carlile in November 2016 and February to participate in the UK Americana Awards and will return to set up the record in early April 2017.