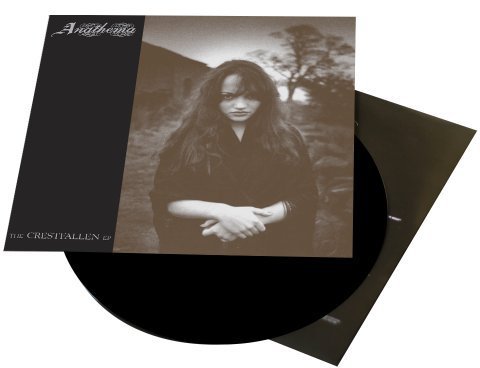 Anathema formed in Liverpool in the summer of 1990 & grew to become a major force in the doom metal genre with their early works, before exploring more rock & progressive elements over time to great success.

‘The Crestfallen’ was the band’s first release for Peaceville and contained reworked tracks from their ‘All Faith is Lost’ demo as well as new material, clearly showing a band with an exceptional grasp for melody and atmosphere in their brooding doom-heavy compositions and poetic landscapes; with effortless transitions between brutality (accentuated by the ‘growled’ vocals of then singer Darren White) and beauty on tracks such as ‘The Sweet Suffering’ and the now classic ‘They Die’.

This set the stage for their debut full-length LP, ‘Serenades’, further expanding upon this captivating formula and showing Anathema’s diversity and body of influences stretching way beyond the confines of metal.

‘The Crestfallen’ was recorded at the legendary Academy Studios in Yorkshire, UK, in 1992 (Paradise Lost, My Dying Bride, etc), with Keith Appleton at the helm. This edition of ‘The Crestfallen’ is presented on 180gm heavyweight black vinyl.