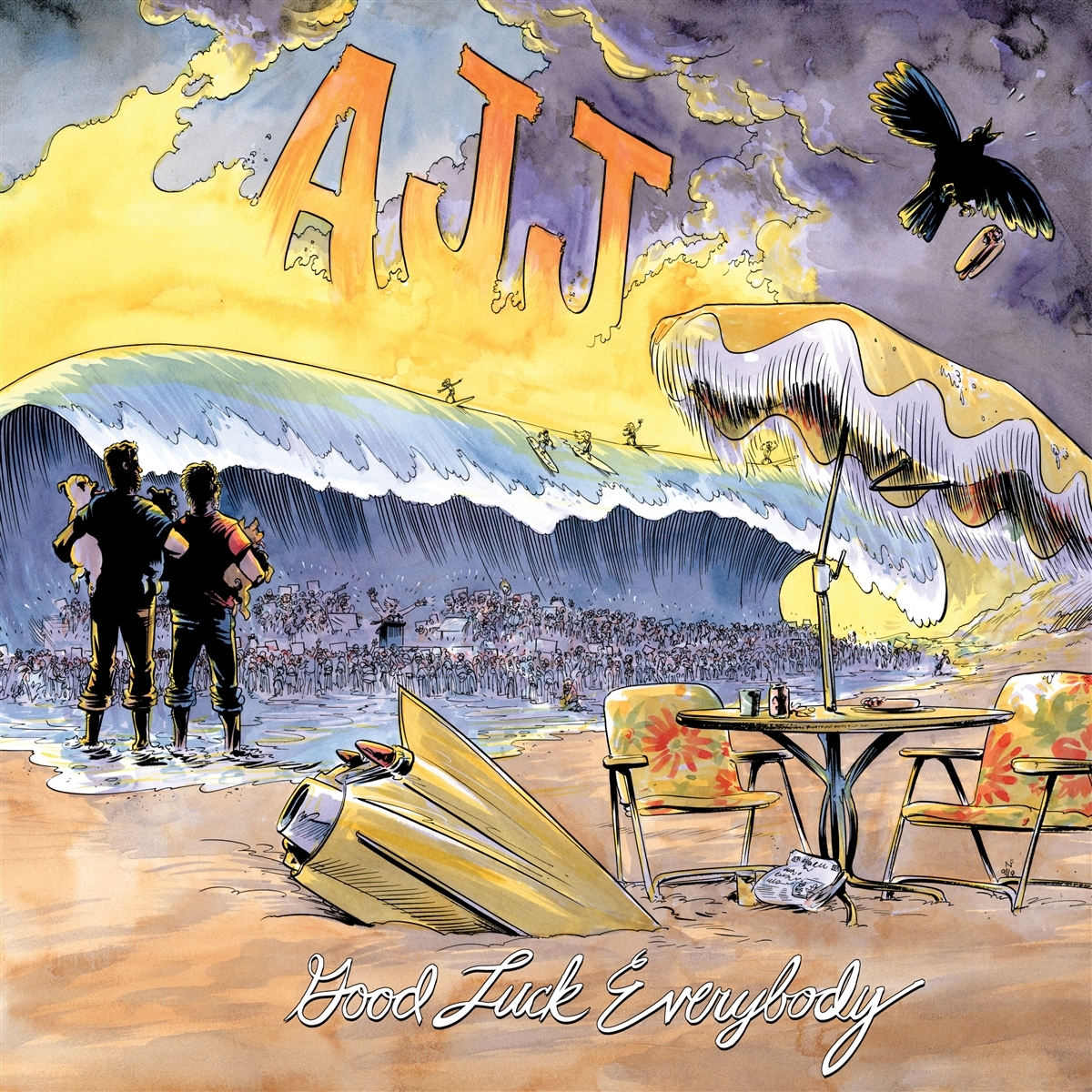 Good Luck Everybody, is a grim glimpse into the tidal wave reality of modern life in America. It's a collection of songs that will undoubtedly stand out in the band's 15-year catalogue; while still rooted in the folk-punk sound AJJ has become known for, the album is unafraid to delve into new territories that test the limits of what the band is capable of.

Sonically, Good Luck Everybody is AJJ's least punk record but lyrically, it's their most punk - it's a noticeable change of pace from the idiosyncratic songwriting style that has become Bonnette's signature. His wonderfully weird turns of phrase and oddball word pairings are present, but this time his thematic lens is more directly focused on the inescapable atrocities of the world around him. Much like Woody Guthrie and Phil Ochs pulled their songs straight from newspaper headlines, Good Luck Everybody feels like a long scroll through social media feeds on a particularly volatile day.

The song »Mega Guillotine 2020«, for example, came directly from Twitter. It was influenced by Twitter funnyperson @leyawn's popular tweet depicting a mockup of a French Revolution-style guillotine with one blade and enough headrests for 15 Congress members. On »Normalization Blues«, Bonnette laments what this never ending deluge of atrocities has done to our humanity. For all of its dark leanings and its pessimistic reflections on modern culture, AJJ hopes that fans will ultimately come out of the album in a hopeful place. By its final track, »A Big Day for Grimley«, it feels like AJJ is holding the listener's hand, staring at the looming apocalypse ahead, and whispering a message into their ear: Good luck, everybody.