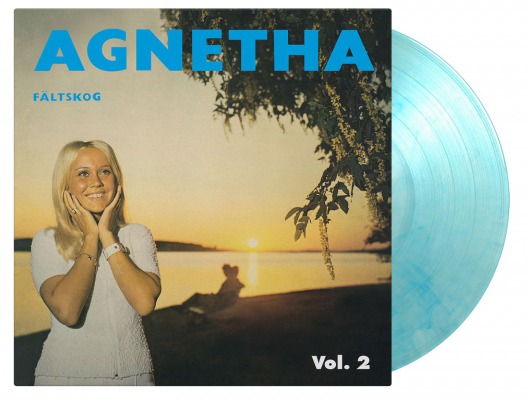 Five years before she won the Eurovision Song Contest with ABBA she was already a well-known singer in Sweden. The singles »Fram för svenska sommaren« and »Zigenarvän« both made it to the Swedish charts, peaking at respectively No. 4 and No. 5. A large part of the songs on this album were written by Agnetha's fiancé at the time, West German record producer Dieter Zimmermann who tried to launch her career in German-speaking countries like West Germany, Switzerland and Austria. A perfect memory for all vinyl lovers!

Available as a limited edition of 2000 individually numbered copies on blue marbled vinyl.