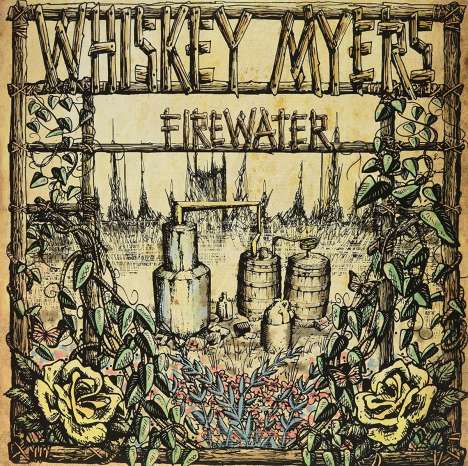 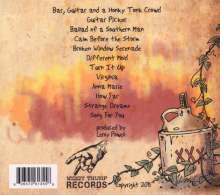 In a modest rent house in the small East Texas town of Elkhart, Texas, Cody Cannon and Cody Tate began to write music, only dreaming of the success that is sure to follow. They began to incorporate the talent and imagination of friend and guitarist John Jeffers. At that time, they called themselves Lucky Southern, though they had only three members. As time passed, with their inspiration mounting, they moved to Tyler, Texas. There they met up with Jeff Hogg, a mutual friend and drummer from Palestine, Texas, and Gary Brown, a bass guitarist who had grown up in Neches, Texas. They came together and came to be known as Whiskey Myers.

Soon, the group was playing private parties on flatbed trailers in small towns around East Texas. The sound they emitted was something more unique than anyone had expected. From their first show in Montalba, Texas, a young Whiskey Myers was hooked on performing, and the crowds were hooked on them. In the spring of 2007, they were given the opportunity to open for Roger Creager at Gator’s Bar and Grill in Gun Barrel City, Texas. The club owner was so impressed by their performance and the crowd that had come to the stage that he asked them to come back the next weekend to open for The Eli Young Band. From then on, popularity for the band began to swell. They were heard on live stages all over East Texas, in interviews on local radio stations, and seen on television giving live interviews. Suddenly it seemed that the whole region knew who Whiskey Myers was, and everyone was becoming familiar with their high energy twin guitars, soulful vocals, and unstoppable rhythm.

Whiskey Myers’ musical style was forged from several different genres of music from several different eras. The most obvious of these are the blues rock jam bands such as Lynyrd Skynyrd, The Allman Brothers Band, and Led Zeppelin. Whiskey Myers takes the blues rock genre and mixes it with modern day Texas Country such as Reckless Kelly, Randy Rogers, and Cross Canadian Ragweed to derive a new sound that is sure to take concert listeners on an atmospheric roller coaster. With a sound like no other and a stage presence that captivates anyone close enough to notice, a live concert performed by this young band is something that must be seen to be believed. The Tyler area has been instrumental in the development of Whiskey Myers from a group of musicians to a band. As the group continues to expand its fan base, new listeners all over Texas are beginning to recognize their talent. They continue to engulf listeners with their sound, ensuring that the name Whiskey Myers is one that will be remembered for ages to come.