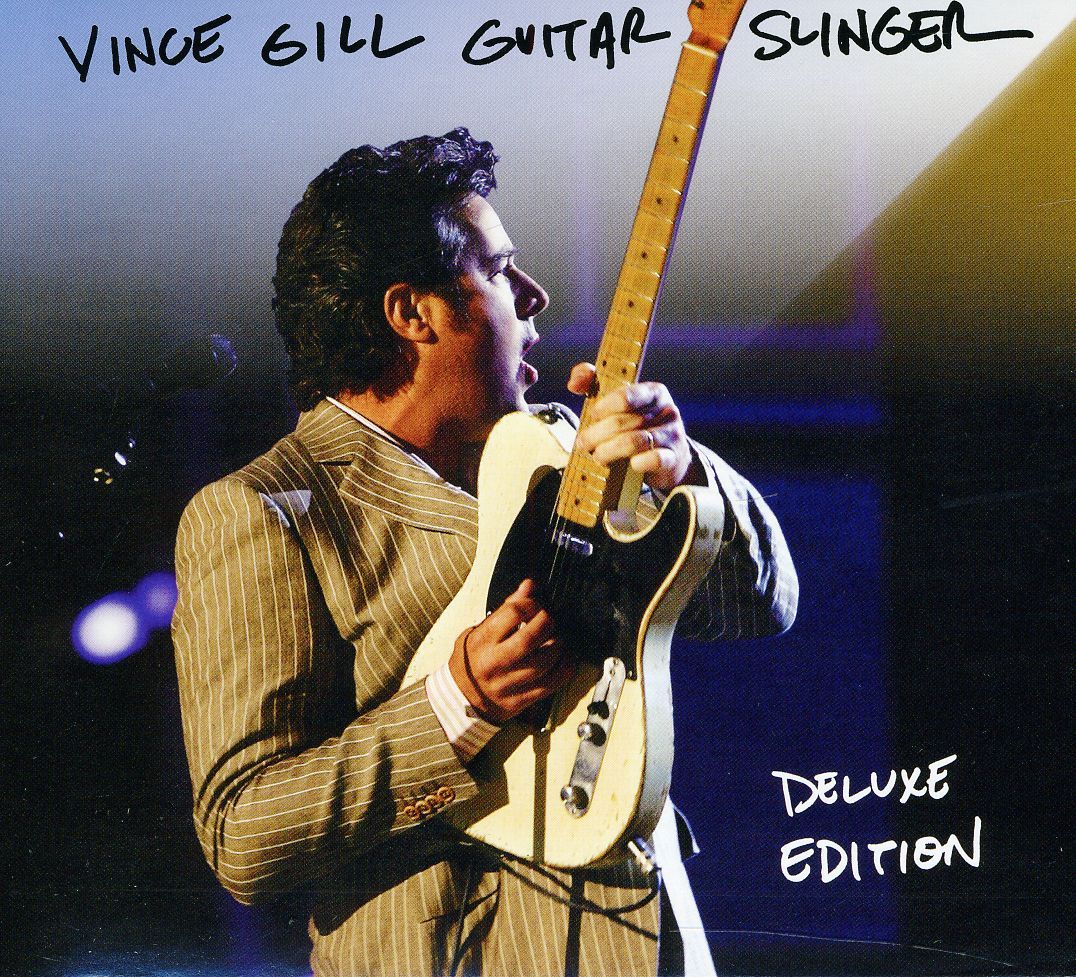 Although some of his peers might have sold more records and have flashier stage shows, few others can touch the critical and commercial acclaim that Vince has experienced over the past 20 years.

He is a Country Music Hall of Fame inductee, a member of the famed Grand Ole Opry, has sold more than 26 million albums and is an 18-time Grammy Award winner, the music industry's highest honour. More than just a singer-songwriter though, Vince is also a highly sought-after session player and has backed many other musicians including Emmylou Harris and Rodney Crowell.

After a string of successful records throughout the '90s and the earlier part of this century that saw him releasing new product on a bi-annual basis, Vince's profile has been relatively low key since the 2006 release of the expansive four-CD set These Days.

"I am trying as hard as I ever did. The lower profile is not necessarily my choosing," the singer-songwriter laughs. "I don't tend to get radio play anymore and that is a big part of keeping your profile up. I haven't had any big charting records for some time now," he adds without a hint of regret in his voice.

"Frankly my last project was so massive, I really didn't want to rush making another record. I wanted to let some time settle but more time settled than I thought would," he laughs again.

In the time since These Days, Vince built himself a home studio, something that he feels has been a positive move for him and one that will be conducive to making future records.

"Having a studio at home allows me to work at a pace that makes sense for me. Since I have had the studio, I find that I am more inclined and inspired to create a lot of music."

It won't be long before fans will be able to hear Gill's newfound inspiration for themselves. Although it was originally slated for release this summer, Vince's newest record Guitar Slinger is now scheduled for release in the fall.

"The record is done," he confirms. "We just didn't get all the nuts and bolts put together in time for the record to be out this summer."

As the record title indicates, Vince allowed himself to indulge his deepest guitar desires throughout the making of his newest record, admitting that a couple of the songs on his upcoming effort fade out with two or more minutes of guitar playing. While he admits this might not be the cut of everyone's jib, he felt confident in his resolve to take this approach.

"Guitar Slinger is not a record that centres on radio airplay as much as we simply wanted to serve some great songs," he says. "But really, the latter has never changed. I have always tried to be authentic with my songs that I felt the songs need to be and deserve to be. There are some really great songs that I am very proud of and incidentally, my songwriting is an area where I have really seen an improvement. I truly feel as though the songs are getting better and at this point in my career, I have learned what to say in songs. Perhaps more importantly though, I have learned what not to say. It is almost like that is the real key to making music."

Throughout his career, Vince has enviably been showered with both critical and commercial acclaim, something that is seemingly afforded to few artists these days. As far as he is concerned, however, he has never catered to making music exclusively for critics: he has simply made music to the best of his ability.

"I don't think I have ever changed my approach to try to fit in with one particular group of people. I don't care if a record I make sells 50 million copies or 50 copies; I believe results should never dictate the direction of what you do. I have never looked results and sales as the barometer of whether something is successful," he says.

"When I was young, success meant being able to pay the rent. Today, success means continuing to improve at what I am doing. I have always felt that I was probably going to be noticed the least when I was doing my best work and I feel that is where I am sitting these days. I am grateful for it though, especially at this point in my career."

For those who might have assumed Vince is merely coasting through his career at this point in time, you had best think again. Asked whether fans attending one or both of his Casino New Brunswick shows should expect the same show on each evening, he laughs heartily.

"I think I would shoot myself if I had to play the same set every night," he says. "I have always lived by flying by the seat of my pants. I'm much more of an off-the-cuff type of guy than a planner; my show set-list if often finalized just four minutes before we walk onto the stage. If a show is going great, we add material as we play. It really is a matter of gauging the feeling from the audience as we go through the show."