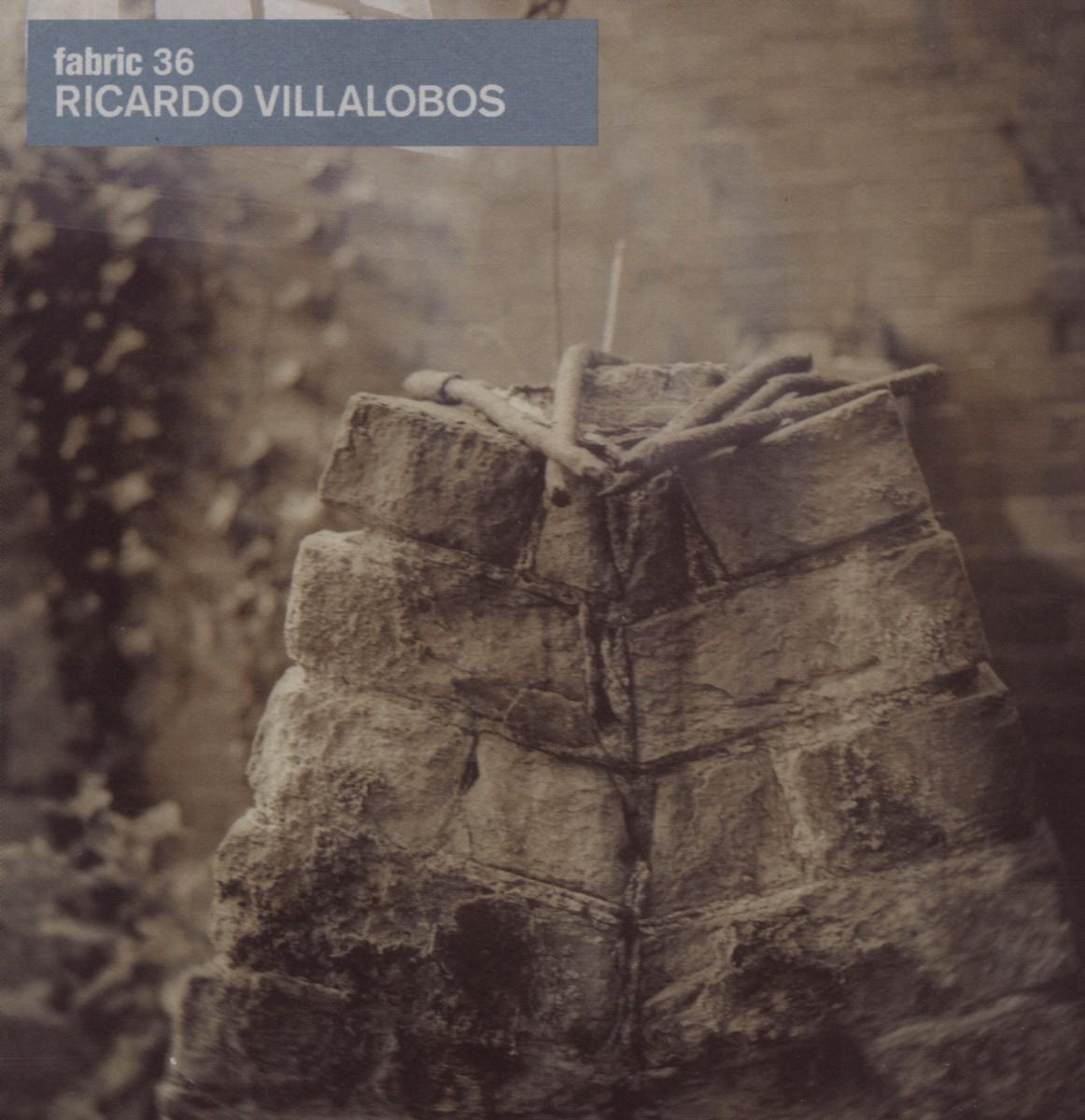 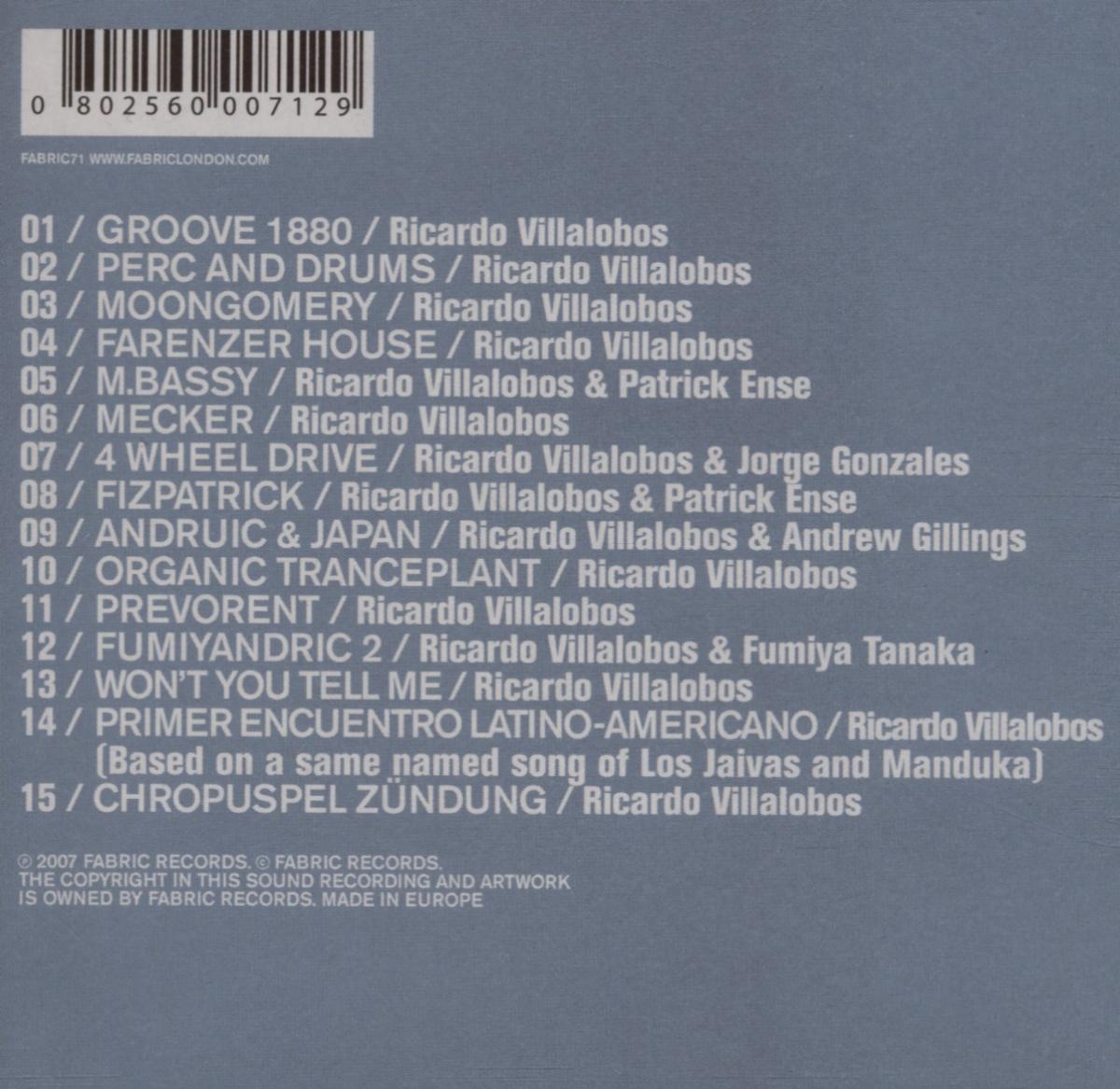 "It is all my productions and it's a form of introducing an album as a mix. Every time you do an album and then you do the next one, people start to compare how the music is different, why you did it on this label and not that label, they try to define it, "the other album was better," "there's no hit like "Easy Lee" on it... and so forth it's exhausting, really. So I think you always have to find a new way to introduce your music and present yourself. I chose fabric because fabric is the perfect label for me to do this on. I really prefer for it to be treated like a normal mix CD, with no hype. I'm more known for head-y, trippy music, so of course it is still very trippy and monotone, in the monotone way of delivering always the same tone and doing something to your brain. But it is more dancey and housey and summery. I always think of the dancefloor when I create music, so it's a projection, a vision. And it?s not one track after another after another, it develops very subtly."
- Ricardo Villalobos


Ricardo Villalobos, an artist in the truest sense of the word, has the incredible ability to passionately create within the realms of one of electronic music's most pared down and perhaps consciously restrictive genres, yet create his own sound, his own expansive dynamic, to be shared with the rest of the world. Incorporating this sonic vision into a DJing schedule heaving beyond most human limits, Ricardo spends his nights (and often mornings) engaging in sets that detonate with drums and low-end frequencies on soundsystems across the globe. And, as his notoriously epic sets often shimmy into the after-after-after-hours, in his path of musical demolition he leaves dancefloors littered with a loving army of longstayers, demanding more than the usual 5-hours from their leader. It's not difficult to find this passion for expression deeply rooted in Ricardo's psyche comes from his very beginnings of life, having been forced to flee his father's homeland in Chile due to a violent military coup [General Augusto Pinochet overthrew the democratic government of Salvador Allende in 1973]. Though it was difficult to leave the many legendary musicians from his Chilean side of the family, the move to his mother's native land, Germany, offered Ricardo the chance to discover "alternative ways of life." At the age of 10, his keen interest in African, South American and samba music led him to explore his love of percussion.

As he dove deep into the world of electronic music and continued on with his quest to discover the secrets behind dance floors, Ricardo began throwing illegal parties around Germany. These parties led to his warm introduction to the Playhouse family, who welcomed his innovative productions with open arms. Records were spun, records were pressed, labels were opened (and closed shortly afterwards - "It's not really my thing to run a label"), and a blink of his rapt eyes saw his DJing and production careers had both exploded beyond his wildest expectations. Naturally, he enjoys the opportunity to give his rhythmic, percussive melodic sound such a large platform, but with this stance comes the inevitability of the one problem that has haunted him throughout his vibrantly successful career: hype.

It seems a natural progression then for this most accomplished soundscape shaman to create his own productions specifically for the purpose of fabric 36, so that the mix is both artist album and mixed compilation, incorporating both his own compositions and his performance as a DJ. This collection of new original material, including collaborations with Jorge Gonzales, Patrick Ense, and Fumiya Tanaka, bridges the disparate listening environments between the solitary home sessions attributed to most artist albums and the club time swerve en masse given many mixes.