Britain's Number Ones Of 50's 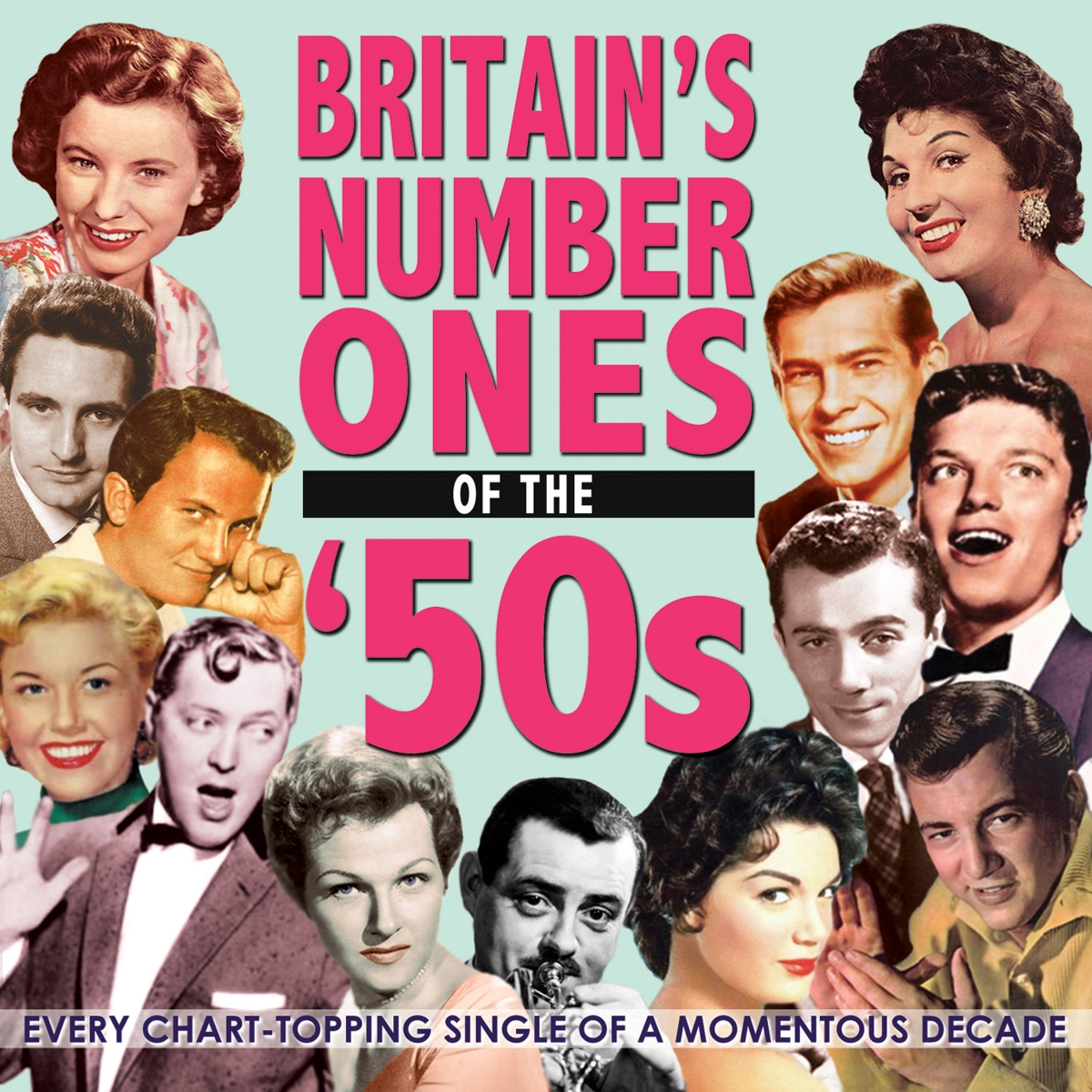 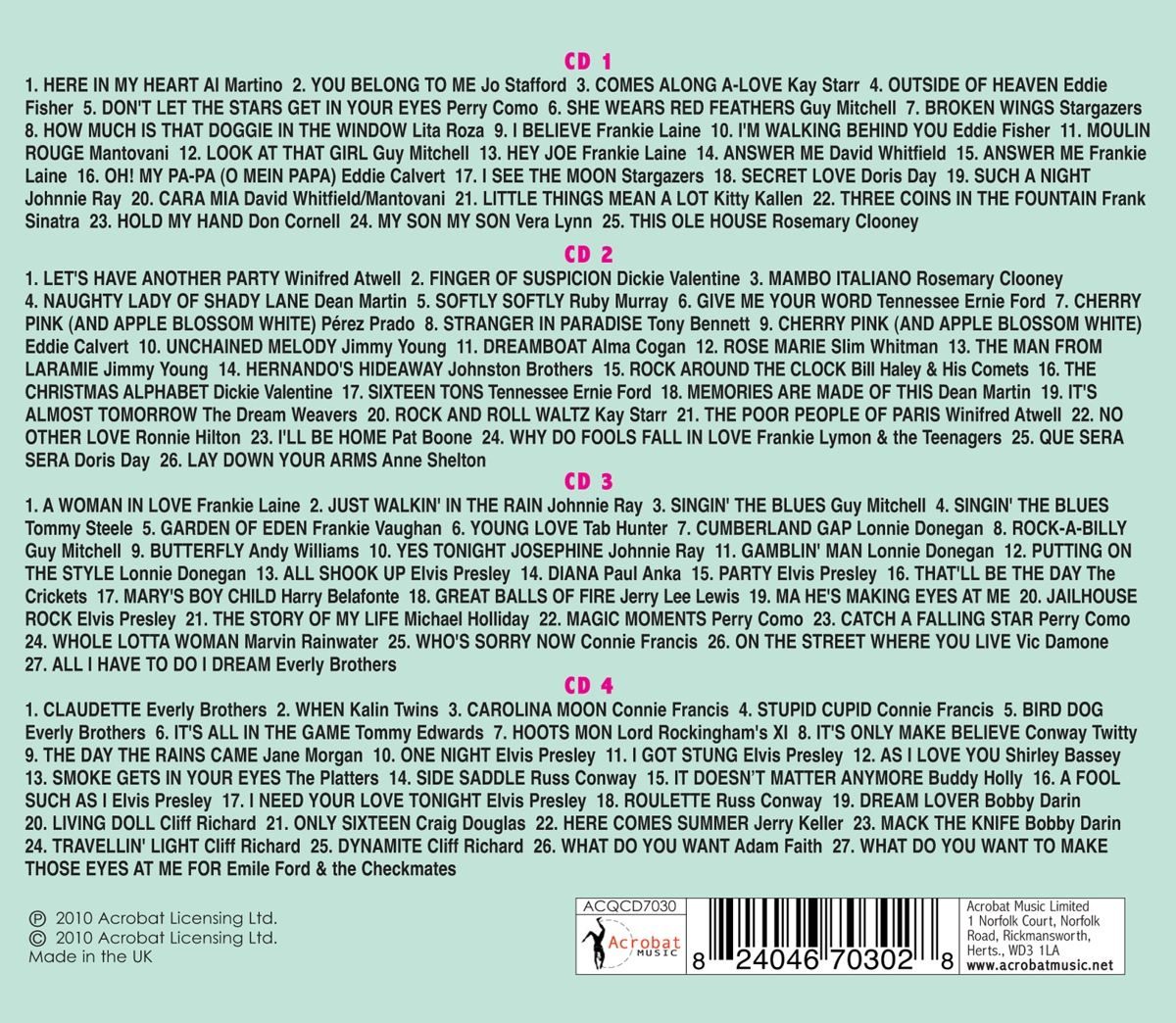 This exclusive 4-CD collection brings together every Number One in the British charts from the launch of NME’s first record sales chart in November 1952 through to the end of 1959. It includes all the NME No. 1s plus those that made No. 1 in the other music magazine charts that launched during the 50s (Melody Maker, Record Mirror & Disc). The 105 tracks chart the course of a momentous decade in popular music with the familiar domain of the traditional artists of dance bands, variety, radio and the movies being overtaken by the rock ‘n’ roll phenomenon, as mass media gave the baby boom generation a voice while the world emerged from post-war austerity. It’s an extraordinary, fascinating and hugely entertaining kaleidoscope of popular music, especially in the later years as Tin Pan Alley’s bosses simultaneously tried to exploit, deny, accommodate and manipulate the “passing fad” of rock ‘n’ roll. Some, inevitably also prompt the question “did we really buy that?” Needless to say, it features some of the biggest names and landmark recordings of the post-war era, and will be a fantastic souvenir to remind those of a certain age of their musical roots.