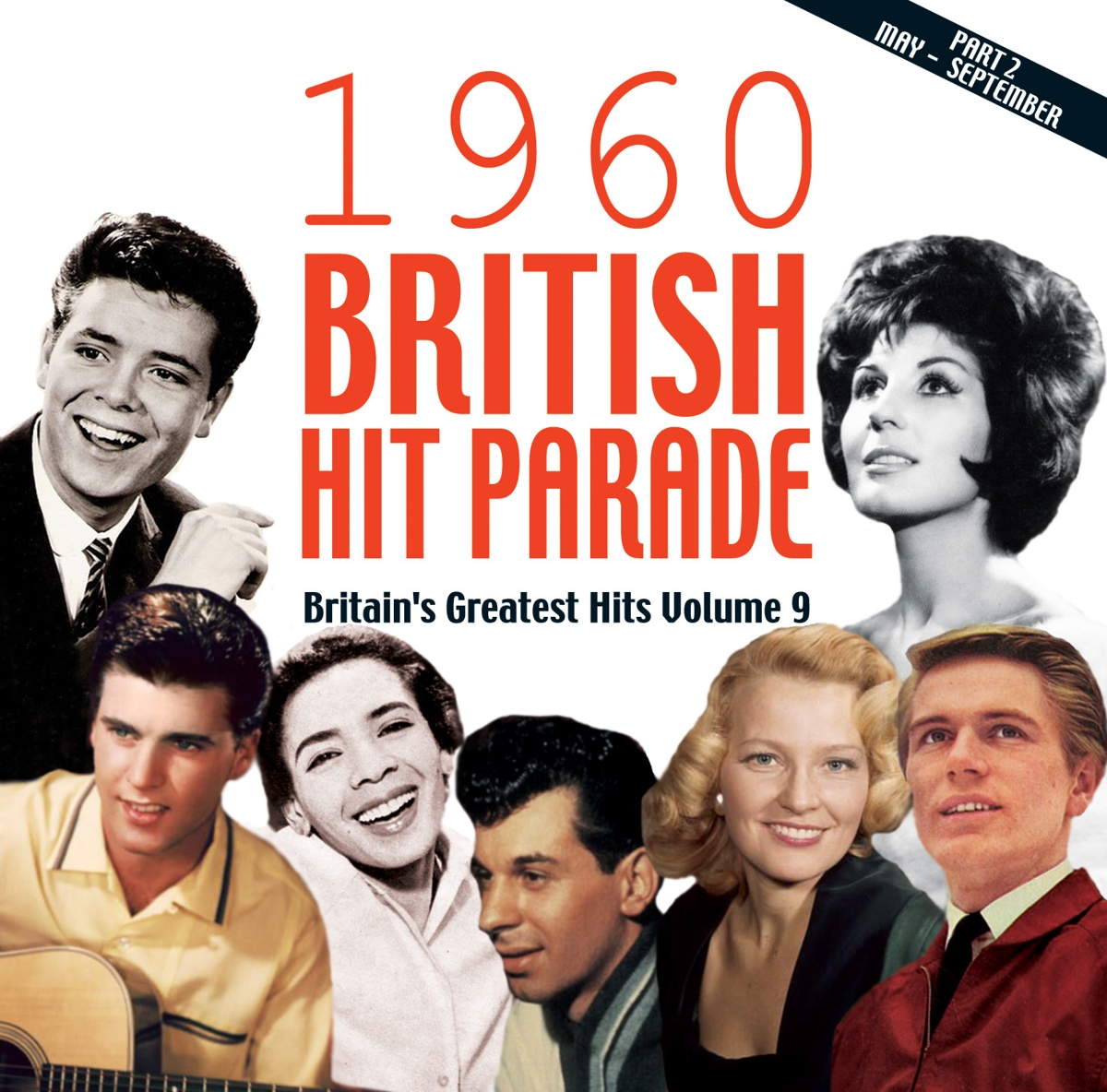 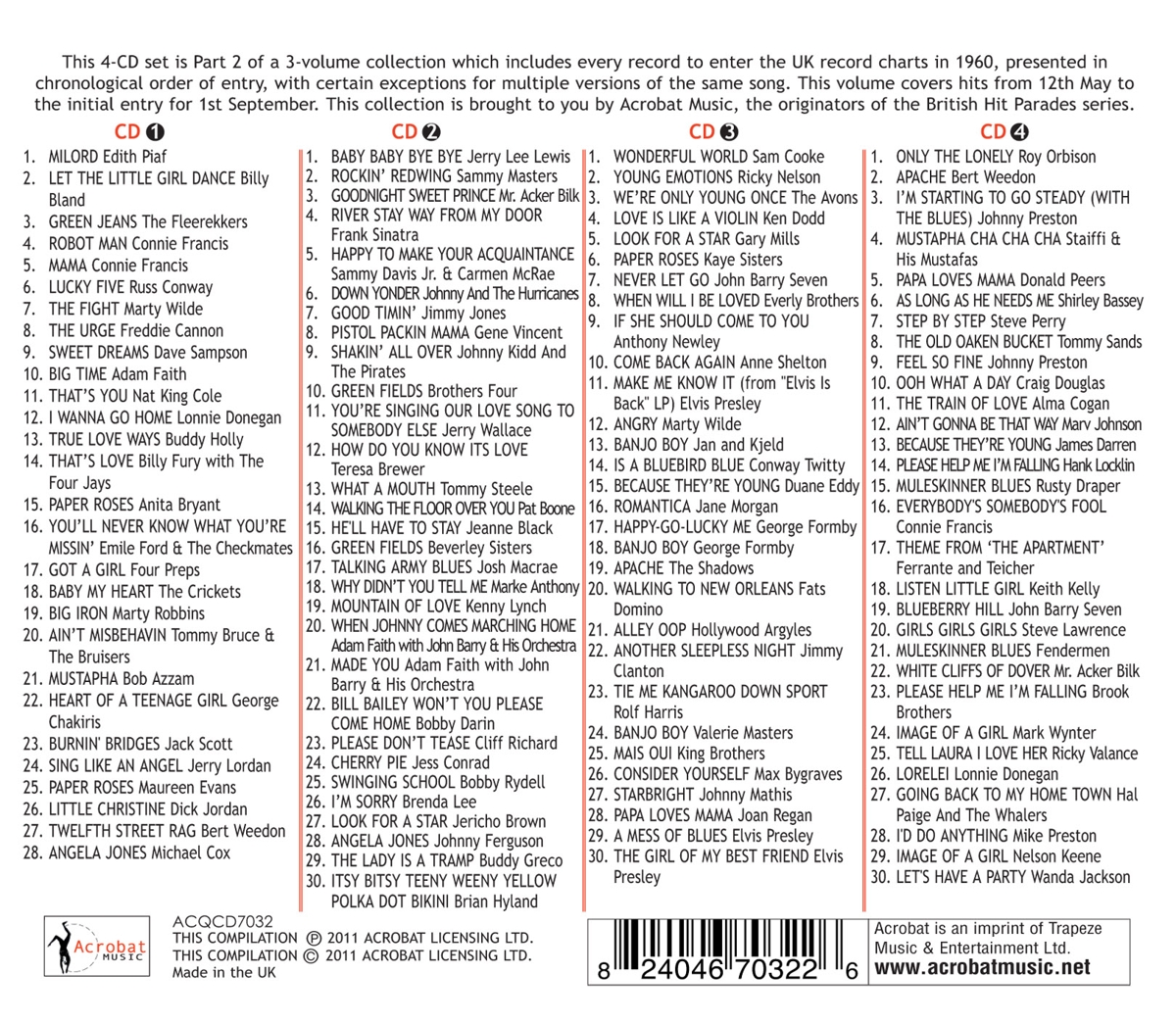 Acrobat Music’s series of British Hit Parade collections has become an essential annual purchase for a significant number of collectors and enthusiasts who wish to hear and own every record that entered the British record charts during each year. This year, the collection moves out of the ‘50s, and with the introduction of the Record Retailer Top 50 chart in 1960 alongside the NME, MM, Disc and Record Mirror charts, the number of records qualifying for inclusion has risen significantly – no less than 353 titles. Because many of them were extraordinarily short, these can be accommodated on 12 CDs, and we have chosen to present the series in three 4-CD collections, our now established format. Part Two includes, in chronological order of chart entry, the original versions of every record that featured in the charts mentioned between mid-May and the beginning of September (one 1st. Sept. entry closes Part 2) with nearly four hours of eclectic and fascinating entertainment. The music of 1960 reflected the way the business was in a state of flux - teen idols stepping into the shoes of the rock ‘n’ roll pioneers, instrumental hits of all kinds making a strong showing, glamorous pop starlets, ‘50s icons still hanging in there, trad jazz taking over from the last vestiges of skiffle, international novelties, and of course, some important new names emerging alongside a fine array of one-hit wonders. The three collections, each with nearly 120 tracks, tell an absorbing story of a musical year which heralded a momentous decade. You may be aware that another company has made an opportunist attempt to mimic our series – we like to think that Acrobat’s are the “official” version, and we offer the only complete, comprehensive, coherent annual series. We thank our customers for supporting our British hit Parade releases, and are sure this will one will prove as popular as the rest.