Up Bustle & Out: Istanbul's Secrets 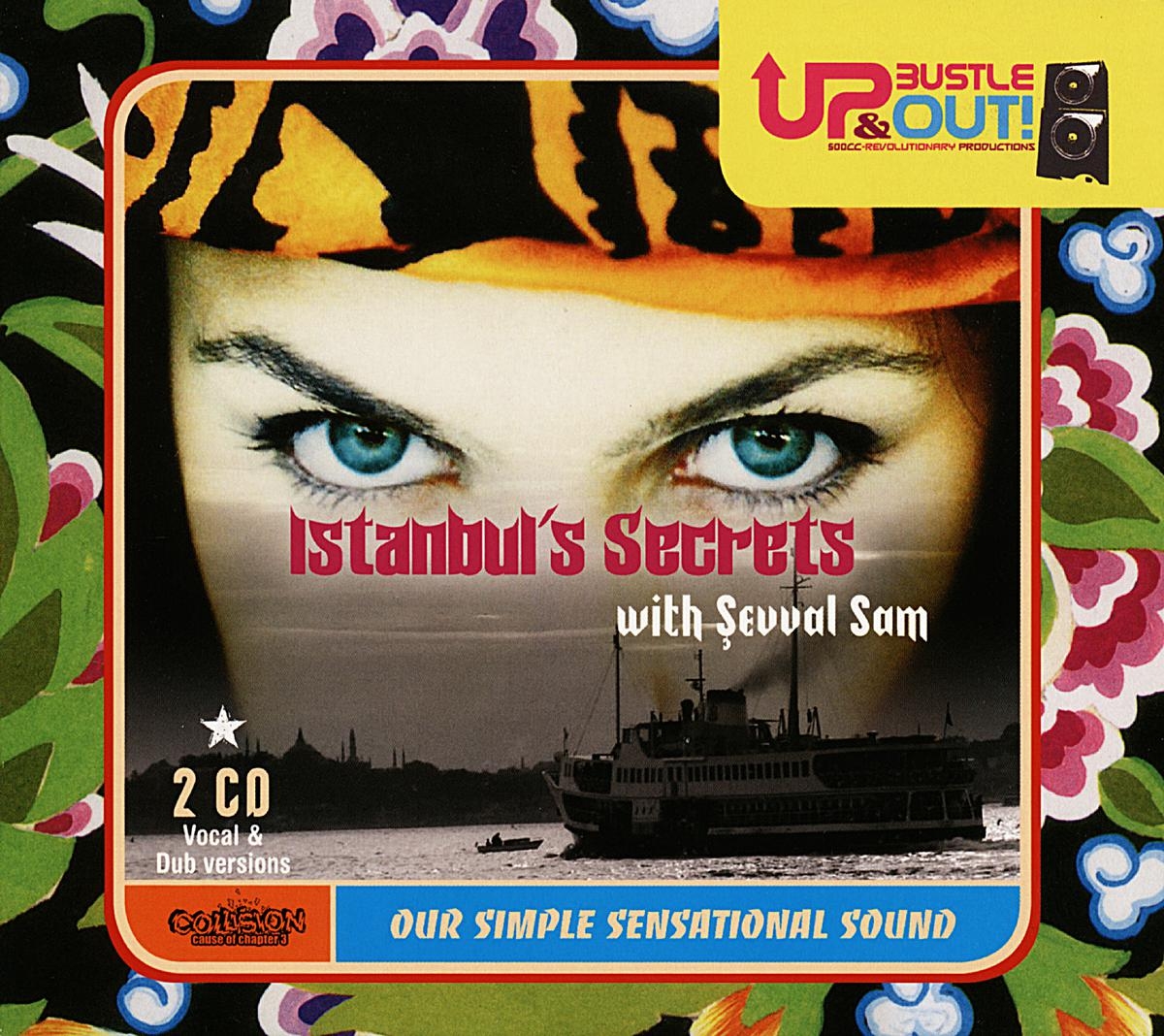 Istanbul's Secrets most featured vocalist is Turkey's celebrated film actress-singer, Sevval Sam. Sevval Sam is the singing star of Fatih Akin's new film The Edge Of Heaven, collecting awards at Cannes Film Festival this year and nominated for the Oscar Awards in February 2008 - she is also the coming celebrity on the BBC's popular series Michael Palin's New Europe.
As a singer, Sevval Sam became recognised after acting (and singing) in a Black Sea region production, in particular a song called 'Ben Seni Sevdugumi' with 'Kazim Koyuncu'. Up, Bustle & Out restructured this song, expanded the lyrical story, and invited the 4-times Grammy nominated band Radio Tarifa to feature. Radio Tarifa's dynamic vocalist Benjamín Escoriza performs on several of the album's most mysterious and reaching songs. Portishead's double bass player Jim Barr performs on every song, bringing a powerful and haunting depth, sexy warmth to these Eastern-inspired chords. Rob Garza of Thievery Corporation opens the album with vocals and floating sitar melodies. Blanquito Man from Nueva York's Latin Massive (Control Machete / Celso Piña) also toasts up a Brooklyn vocal vibe dedicated to the aura of a Blue Night and a strange wind. Portugal's revered Afro-poet, Kalaf, explores the hidden meanings and ways of Breaking Codes from long journeys, confused information and signals that are only visible in the half-lights of life. The wooden harmonics of the Flamenco guitar, played by Cuffy El Guapo give the album its dream-like beauty. And the Turkish Black Sea violinist, Neriman Gunes (Kardes Turkuler), layers Arabic riffs that feel other-worldly, at times deep and gliding, others piercing and distant, making you look over your shoulder.
Istanbul's Secrets is a wonderful achievement, a world music album like no other: truly global, experimental, original, cultured and fun. There is no other artist in today's uncertain music environment bringing an international arena together like this, made possible only by the kindness of our sponsors: Les Ottomans Hotel, Limon Film Productions and Çinar Silk Carpets - all Istanbul-based companies. The 15 songs follow interesting structures, Eastern chord sequences, and challenging movements and rhythms. The lyrics have been translated in to many languages by professionals to keep the feelings true and direct. The imaginative photography and graphics are by the published French photographer, Emmanuel Georges, and Mexican illustrator, Marie Dupres provides the witty and creative double page illustrations.
Up, Bustle & Out bring Istanbul's Secrets to the world and at a time when Istanbul will be the City of Culture 2010, linking the East to the West and bridging a historically strategic-polemic gap. It is an album that took a determined will to complete, featuring so many talented artists from many countries. It is also about world unity where a love for people and music are the sole currency. Listen to the song Anda Luz, you will feel Andalucia come alive in front of you "as if you were an eagle / as if you were a swordfish / as if you were a secret". And the secrets of Istanbul are found somewhere lurking in lyrics like "precious earrings / stone and metal on the wind sing / the cypress tress bend in the wind / they hover like angels / ships passing like oil on tears / wind and souls are her only guest…"
Contacts in the music industry, film directors and responses from early radio features, such as Charlie Gillett's Sounds of the World and Lounge FM, Istanbul have tipped this album as a remarkable achievement.
All tracks are written by Rupert Mould, writer, arranger, producer, musician from UB&O. www. upbustleandout. co. uk

Mehr von Up Bustle & Out