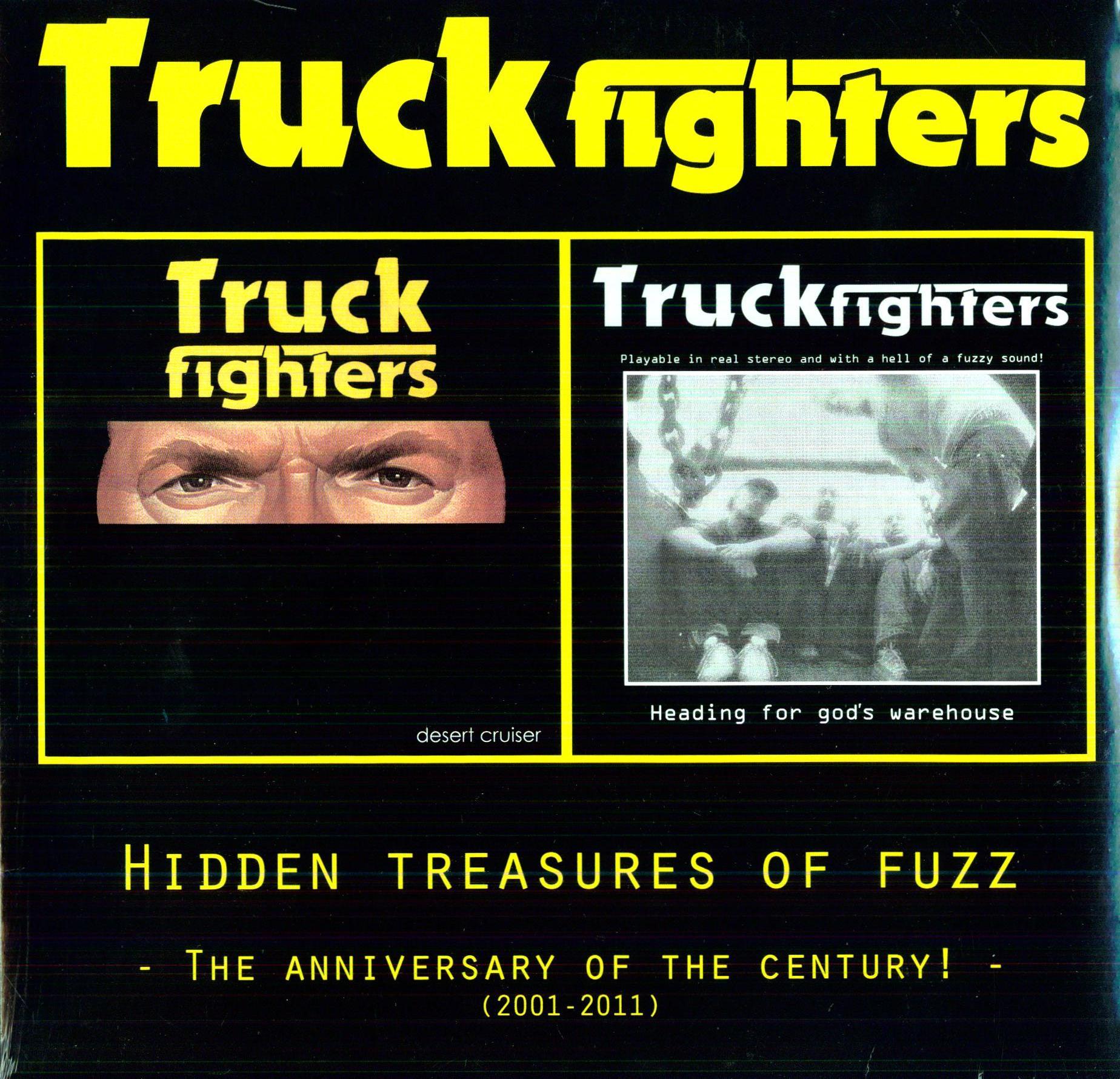 * Alben: Desert Cruiser / Heading For God's Warehouse
In 2011 Truckfghters celebrated 10 years of fuzz making. The original release of this record was like a birthday present. The reedition is similar to first release. A 12” LP with stuff recorded at the birth of the band. This second edition is limited to 1000 copies on colored vinyl containing the two demos the band recorded before the first offcial release. The nerdy details of the differences are that the new edition is a higher amount of vinyls, not numbered, it has a different color tone on the cover and is on normal black vinyl.

Side A – Desert Cruiser (2001) and Side B – Heading for god's warehouse (2002) marks the first step in the journey of the band. It is groovy, it is heavy, it has a hell of a fuzzy sound. These songs were simply to good to be kept as demo releases and the quality of the recording were just as good as any album. Compared to the modern way of Truckfighters the songs on this release is a bit more classic stoner. From the start the band had it's copyrighted groove, unique riffs and a special sense for melodies.... It is great songs, timeless... To give the release an extra spice two tracks that were never even released on the demo cd's have been included on the LP release: ”Embrace the brakes” and ”Copyright Notice”. Leading within the genre we are confident many of the fans are just as eager for this release as they would be for a new studio album. We know you have high anticipations on a Truckfighters release. You will not be disappointed.