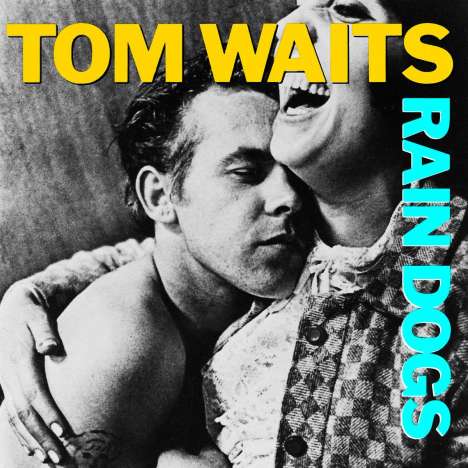 The middle album of the trilogy that includes Swordfishtrombones and Franks Wild Years, Rain Dogs is Waits's best overall effort. The songs are first-rate, and there are a lot of them - 19 in all, ranging from grim nightlife memoirs ("9th and Hennepin," "Singapore") to portraits of small-time hustlers ("Gun Street Girl," "Union Square") to bursts of street-corner philosophy ("Blind Love," "Time"). The album also contains the original version of "Downtown Train," which Rod Stewart turned into a smash hit. The image of "rain dogs" - animals who've lost their way home because the rain has washed away their scent - is an appropriate symbol for the entire cast of characters Waits has brought to life over the years, and this album has thus far proved to be his most enduring effort. - Daniel Durchholz (tomwaits. com)