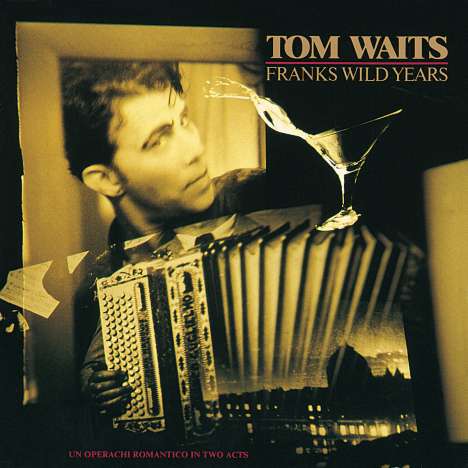 This rags-to-rags tale completes the trilogy that began with 1983's Swordfishtrombones (featuring the song "Frank's Wild Years," in which the protagonist torches his suburban SoCal house and heads north on the Hollywood Freeway). Then came 1985's Rain Dogs, which mixed Brecht-Weill drama with Captain Beefheart bizarreness for an effect that conjured up a Saturday-night fish fry in the freak show of a decrepit circus. But the down-and-out losers, boozers and life abusers of this presentation are the same folk Waits has lived with all along. The story basically follows Frank on a hazy, ill-fated Orphic journey "Straight to the Top (Vegas)" (as one song is titled) through "Temptation," "Way Down in the Hole" and, finally, out on the "Cold Cold Ground." At the road's end lies "Innocent When You Dream (78)," a moral that is told to Frank early on but doesn't hit home until the end, when it is heard in a lovely, tinnily nostalgic rendition. The songs are alternately (and sometimes simultaneously) bitter and hopeful. Everything from sleazy strip-show blues to cheesy waltzes to supercilious lounge lizardry is given spare, jarring arrangements using various combinations of squawking horns, bashed drums, plucked banjo, snaky double bass, carnival organ and jaunty accordion (the last provided by Los Lobos' David Hidalgo on two tracks). But it's Waits's gravel-pit voice, from which he digs a number of distinct characterizations, that remains the most striking instrument. - Steve Hochman (tomwaits. com)