Tom Russell: The Rose Of San Joaquin / The Man From God Knows Where 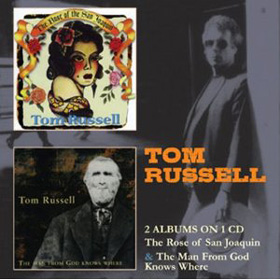 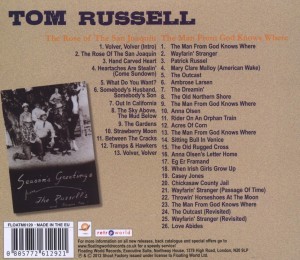 Singer / songwriter Tom Russell was born in Los Angeles in 1950. Raised on the cowboy music of the American West, he grew up to be a talented songwriter, and began issuing albums under his own name in the 1970’s.

‘The Rose of San Joaquin’ was originally released in 1995, and was produced by Dave Alvin and Greg Leisz. Each song feels like it takes place in the border towns Russell has been so good at describing.

‘The Man From God Knows Where’ originally released in 1999, took him an amazing eight years to make, and is a song cycle inspired by America’s pioneers. Featured guests included Iris Dement, and Dave Van Ronk