Tift Merritt: See You On The Moon 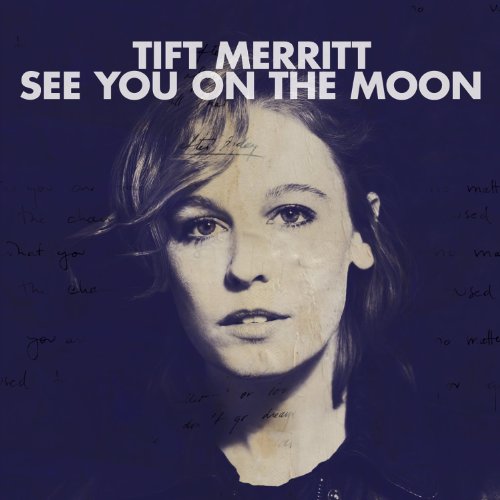 Tift Merritt
Stitch Of The World
CD
EUR 15,99*
See You On the Moon is Tift Merritt's most visceral work to date. A deeply centered departure, these focused and creative musical short stories find Tift at the height of her powers. "I wanted to make a really direct record. I wanted to take everything to a place that was less labored, of more depth. Open space, real strength. There was a certain feeling of inevitability about it. Like I found these songs whole."

To bring her musical short stories to life, Merritt recruited Tucker Martine, best known for his work with Bill Frisell, The Decemberists, Sufjan Stevens, Laura Veirs, Spoon, and as one of Paste magazine's top ten producers of the decade. Martine produced, recorded and mixed the record while receiving a detailed tour of Tift's native turf. "It made a lot of sense to take this record back to North Carolina," she added. "Build a fort in our own backyard." With longtime band mates Zeke Hutchins on drums, Jay Brown on bass and vocals, and guitar player Scott McCall, the Martine-Merritt partnership sounds firmly anchored in the deep water of home while deliberately and wholeheartedly venturing from the docks. "Tucker has such a gentle way of bringing the best out of people, of taking the time to see what you are really made of and getting at, and coaxing you further from there. We wanted to come at things from different directions, not go straight for a band combo, really build around the songs rather than some idea of how things were supposed happen. I played more instruments on this record than any other I've made." At heart, See You On the Moon is a profoundly focused Tift doing what she does best better than she ever has - poignant writing and performing welded to the steady pursuit of new places. Joining the ‘Moon' sessions were, among others, celebrated pedal steel guitarist Greg Leisz and My Morning Jacket's Jim James who adds hauntingly beautiful harmony to album centerpiece Feel of the World.

See You On the Moon is tethered by Merritt's eye for chiseled detail, her evocative voice, and her steely desire for emotional breakthrough and musical growth. New textures, angles, and instrumentation abound. The record opens with "Mixtape," an analog-fueled love letter to the handmade cassette tape. Brought to life with Bill Withers' spare arrangements in mind, "Mixtape" is punctuated by percussive strings and hand claps. "At heart, making a mixtape is a really introverted pleasure. We didn't want lose that sort of I've got a secret feel." "Engine To Turn" swells with a melody both simple and beautiful, bound by a life affirming lyric. The driving "Six More Days of Rain," a meditation on the beauty of human resilience, resonates with the power of piano and pleading voice. "Feel of the World," at the record's heart, recounts the story Tift's grandmother's recent death through the eyes of the grandfather she never knew.

In her nascent career, Tift Merritt has already produced an impressive body of work and earned a passionate, dedicated audience. Her live performances, both with her band and on her own, are similarly riveting. Tift's preceding albums are 2002's debut Bramble Rose, 2005's Grammy nominated Tambourine, and 2008's widely acclaimed Another Country. 2010's stellar See You On The Moon is a most important step forward in a remarkable artistic journey that continues to search, penetrate, and surprise.