The Unthanks: Diversions Volume 3: Songs From The Shipyards 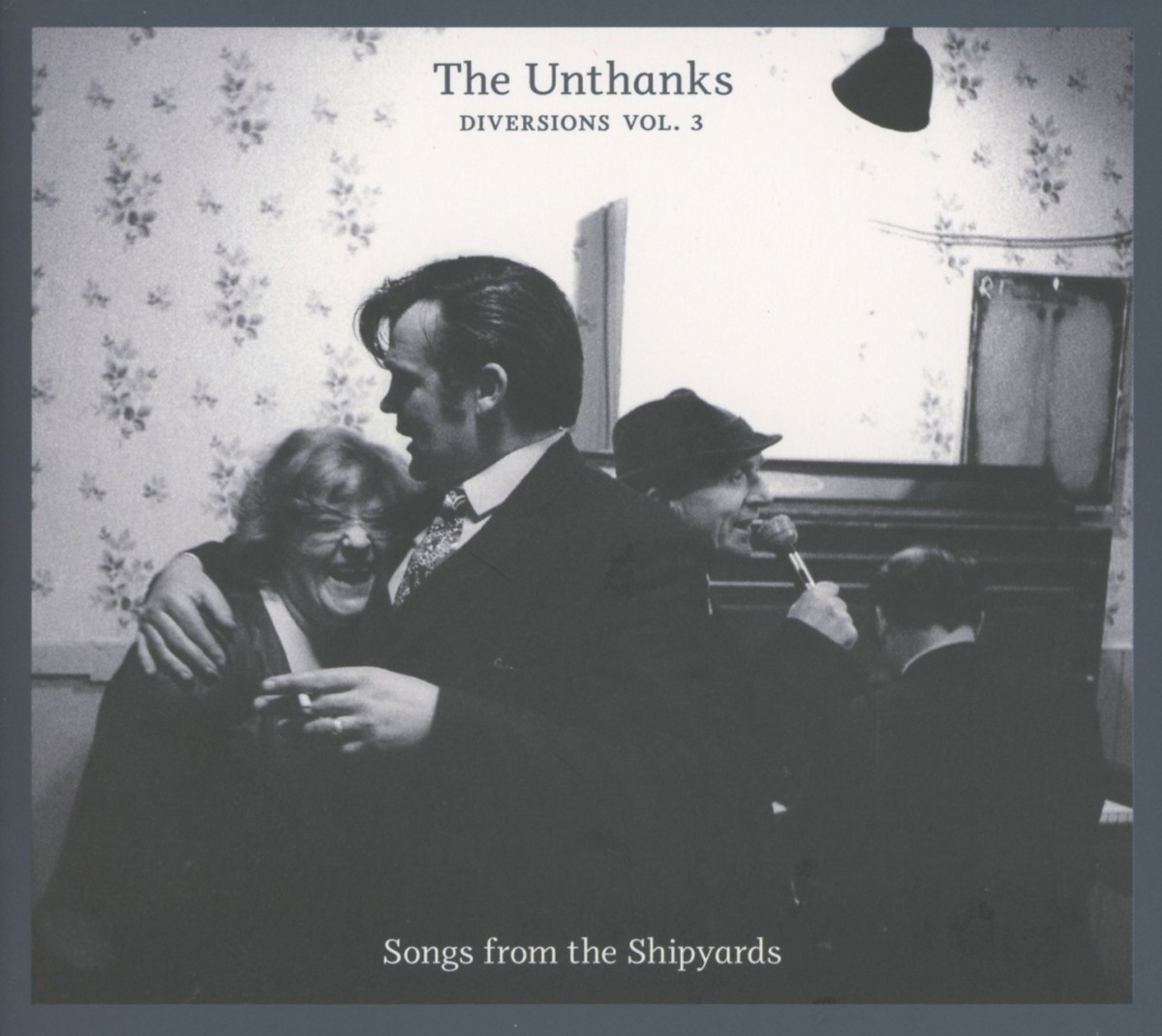 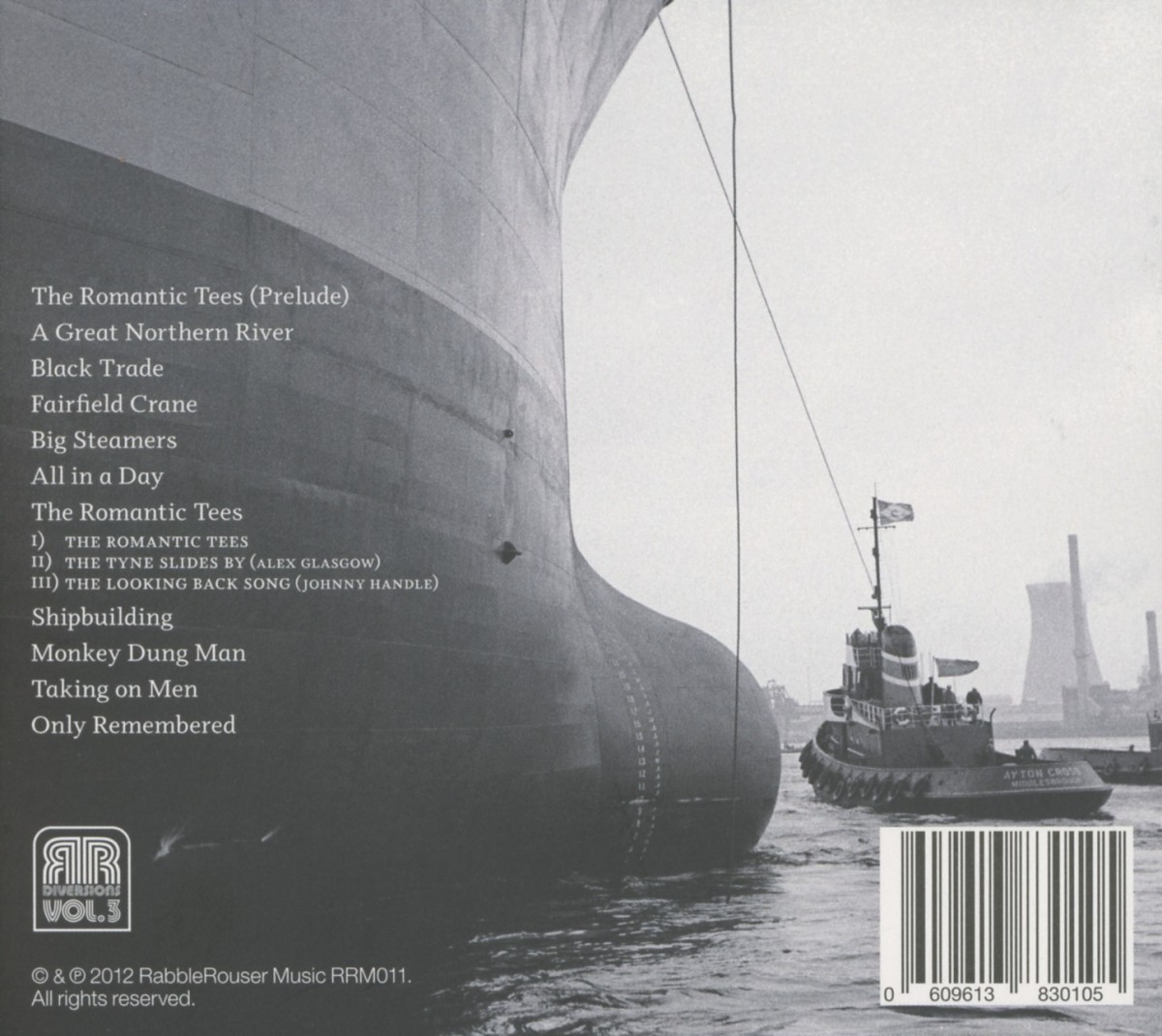 Made by internationally acclaimed North-East filmmaker Richard Fenwick, Songs from the Shipyards is made from archive footage from the past 100 years, and illustrates in microcosm the highs and lows of Britain’s industrial journey. Fenwick and The Unthanks collaborated on the film from the start of the creative process, devising a strong political and human narrative to the story, and creating a unique, powerful, live audio-visual event, in which The Unthanks would perform a live soundtrack to the film.

Diversions Vol. 3 is a studio album that documents a non-sequential ‘best of’ the live soundtrack It is part of a series of side-project releases for The Unthanks, all three of which have been released inside a prolific 12 month period. Vol. 2, released this summer, charted their collaboration with Brighouse and Rastrick Brass Band, while Vol. 1 featured an exploration of the music of Robert Wyatt and Antony & the Johnsons. On that project, The Unthanks resisted the temptation to tackle Shipbuilding, which was written for Wyatt, knowing that the Shipyards project was just around the corner! The Elvis Costello / Clive Langer classic features on Vol. 3 and represents a rare lead vocal by Unthanks pianist and producer Adrian McNally, backed up by eerie vocals from the rest of The Unthanks.

Having performed as no less than a 10-piece live band since 2009, and more recently with an entire brass band on stage, Songs from the Shipyards is a much more sparse and intimate affair, bringing the vocals of Rachel and Becky sharply back to the fore, and is the first record to capture purely the core 5-piece unit that is The Unthanks.

The music draws on the folksong book of the shipbuilding industry, and with the industry being a relatively young one, there is no ‘trad’ material. Rather, the album is almost a celebration of the many songwriters from the North East who have written about the subject over the past 40 years. They include Johnny Handle, Jez Lowe, Graeme Miles, and the late Alex Glasgow.

The centrepiece of the record however, is The Romantic Tees – a self-penned piece devised by Adrian McNally, written to accompany a part of the film called Launch – the beautiful, iconic, cult 1973 film made by Amber Films. With the sounds of the working life from Launch trundling along in the background of The Romantic Tees, you can almost smell the shipyards coming through the speakers. Composed around speech, in much the same way that composers like Steve Reich used the rhythm and tones of speech as the starting point for creativity, McNally uses the prose of Graeme Miles to question our relationship with the past.

Adrian explains in the sleeve notes:

My hope for the piece was to highlight the absurdity of romanticising not just the river, but industry as a whole; in this case shipbuilding of course. Impressions and accounts of our industrial past often tread the line between proud memories and rose tinted glasses; between the respect we have for the people who worked hard and the danger of glorifying their lives as honest, decent and proper; between describing them as great days and remembering that they were tough and dangerous days; between the pride for what the workers achieved and the reality of the wealth it created being siphoned away from their communities. And finally, the emotional complexity for those communities of having created something great, only to be completely deserted when the going got tough. How is it best for history to remember that? Graeme Miles’s absurd question ‘The Romantic Tees?’ has many different answers, and asks many more.

With such a heavy schedule to get all three volumes out inside a year, The Unthanks recorded most of the album on a couple of days-off during their last tour, finding Vale Studios more or less ‘on route’; an old country house in Worcestershire converted into a studio full of vintage gear and mics. While The Unthanks take the film on tour this October, the only performance to date was at the recently restored, independent, art-deco Tyneside Cinema, premiering in February 2011 after intensive writing and rehearsals in a scorching Melbourne while on tour in Australian. A small part of that premier performance is documented on the record – in front of a live audience, Rachel Unthank’s unaccompanied performance of Fairfield Crane was not to be bettered in the studio.

The album will be available to buy on the October tour exclusively at shows before the November retail release, but this is not part of a marketing ploy. The Unthanks simply don’t want to spoil your viewing. Listening to the album before seeing the film would be tantamount to giving the plot away of a powerful and moving film.