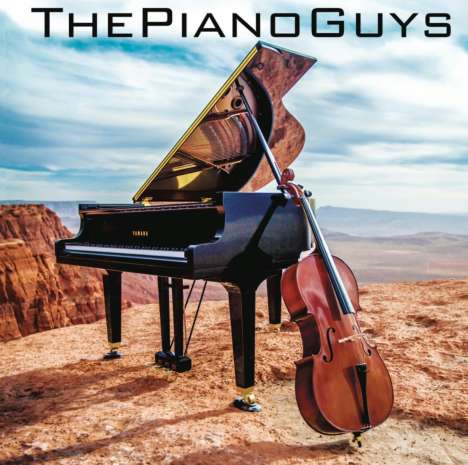 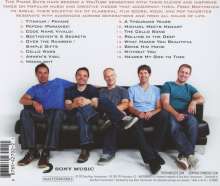 For many years Jon Schmidt (pianist) and Steven Sharp Nelson (cellist) had their separate music careers – each with their own countless stage performances and multiple Billboard-charting albums. Over the past few years it’s been difficult to find them apart, due the demand of audiences worldwide to see them together. Their musical chemistry, stage-spontaneity, and collaborative arrangements are incomparable. For the first time ever they have created a full-length, joint album - comprised of all their big hits on YouTube released in the first six months of joining “The Piano Guys.” Jon and Steve have created a new genre of music - piano and cello music, but like you’ve never heard them before - from the innovative classical / hip-hop Michael Meets Mozart to the beautifully-emotive Bring Him Home; cool covers that reinvent artists such as Adele and David Guetta; and fresh classical remakes that pay an edgy tribute to the greatest composers, such as Bach and Beethoven. Call it what you will, this music is most often described not by placing it in a “category” of music, but rather simply with one adjective. Inspiring.

Gifted cellist Steven Sharp Nelson has thrilled audiences with his passionate playing and appeared on more than a dozen award winning cds. In his solo debut, Steven Sharp Nelson presents a powerful collection of memorable pieces tenderly arranged for cello. Also, featuring timeless performances with Jon Schmidt, Peter Breinholt, David Tolk, Marshall McDonald, and Paul Cardall. Songs include: Unaccompanied Cello Suite No 1 in G Major: Prelude, Rhapsody on a theme of Paganini, All Creatures of Our God and King, and many others.

Over the Rainbow / Simple Gifts

Rolling in the Deep