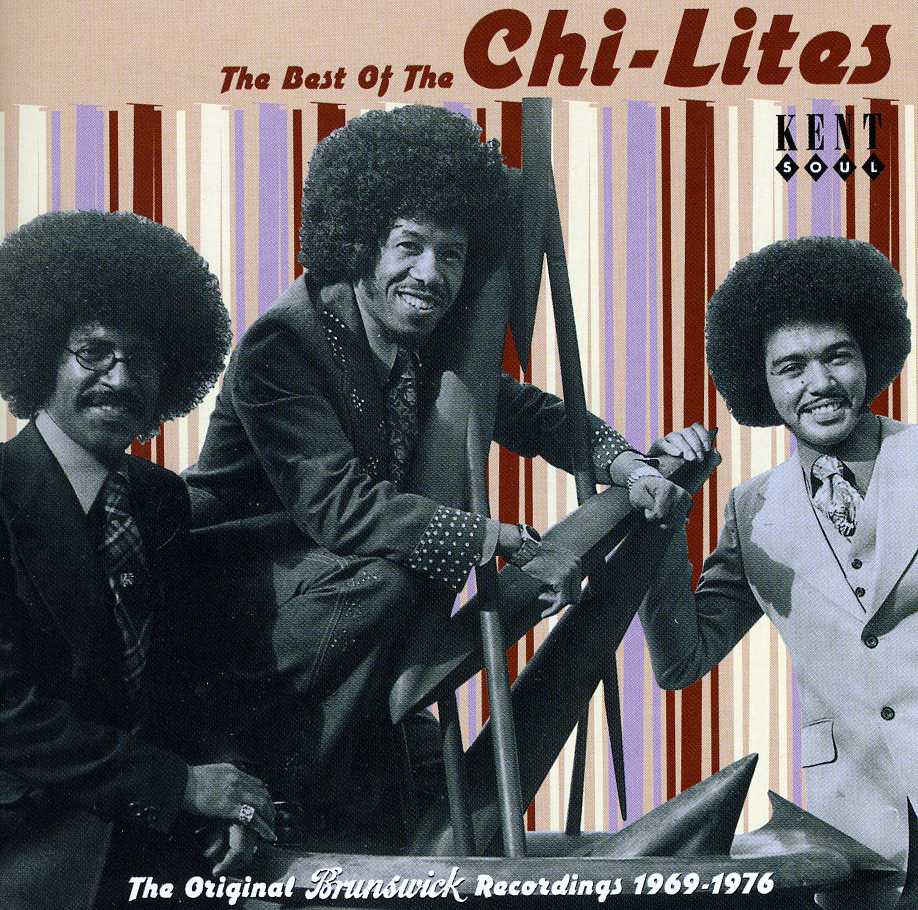 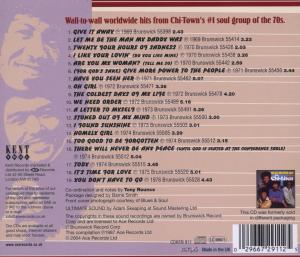 Bewertung:
lieferbar innerhalb 1-2 Wochen
(soweit verfügbar beim Lieferanten)
EUR 15,99*
Versandkosten
For smooth vocals with some funky backing you can't beat the Chi-Lites, whose 70s smash hits are all included in this generous package, mastered from the best sources ever.

A FAVOURITE CHAPTER from Ace's back pages makes a welcome reappearance in the catalogue this month, and very glad we are to have it back, too.

In the 15+ years since CDKEND 911 was first released there have been many other attempts, by many other labels, to assemble and release compilations of the Chi-Lites' biggest hits. Biased we might be, but we still believe that our own Best Of the Chi-Lites is still the definitive one. Which is why we've give it a long-deserved makeover and put it back out there as the "Hits" package that all other Chi Lites hits packages must continue to try to measure up to.

Between 1969 and 1975 the Chi Lites racked up 23 US Hot 100 hits, and around the same number over here. The sometimes-quartet, sometimes-trio were immensely popular in the UK, where some of their singles scored bigger chart placings than they did in their homeland, and they even had hits with tracks that weren't released as A-sides in the USA. This compilation achieves a fine balance that incorporates all the biggest successes from either side of the Atlantic, and throws in a few of the lesser hits that are beloved by all connoisseurs of quality group soul.

The Chi-Lites' enduring popularity as a major chart act of the 1970s often obscures the fact that they were (and still are!) one of soul music's most memorable vocal groups. Eugene Record's soaring high tenor was always matched note for note by the exquisite harmonies of Squirrel Lester, Red Jones and group leader Marshall Thompson, and together they sounded as potent on sweet soul groovers like Give It Away and 24 Hours Of Sadness as they did while swapping vocal stanzas on the hard funk of I Like Your Lovin' (Do You Like Mine) and Give More Power To The People. Unlike those of many of their contemporaries, the Chi-Lites' records have not really dated at all. How much they haven't dated is demonstrated by what they contributed to one of the biggest records of 2003 and one that - if sense had prevailed, rather than Simon Cowell - should have won ITV's recent Single Of The Year rather than the third rate boy band's record that did.

Millions of young people around the world danced to the Chi-Lites in 2003. Sure, they may have thought they were dancing to Beyonce Knowles, but us older kids were ever happy to inform the young whippersnappers that B's massive floorfiller Crazy In Love would have sounded a bit, well, empty without the superpowered horns and bongos from the group's 1970 hit Are You My Woman (Tell Me So) to push its beats along. The thighsome Ms Knowles may have brought extra revenue to writer and lead tenor Eugene Record's bank account, but with a catalogue that also includes Oh Girl, Have You Seen Her, Stoned Out Of My Mind, Homely Girl and loads more like 'em, I'd venture that there's never been a time when the royalty well has run low or dry for the prolific Mr (nowadays Reverend) Record.

All the songs thus far mentioned are included here, along with 10 more immaculate representations of the Chi-Lites at their finest. If you want to hear soul harmony in its purest form, you've come to the right place. To utilise another of their song titles, it's far Too Good To Be Forgotten and it never will be as long as this CD is in our catalogue