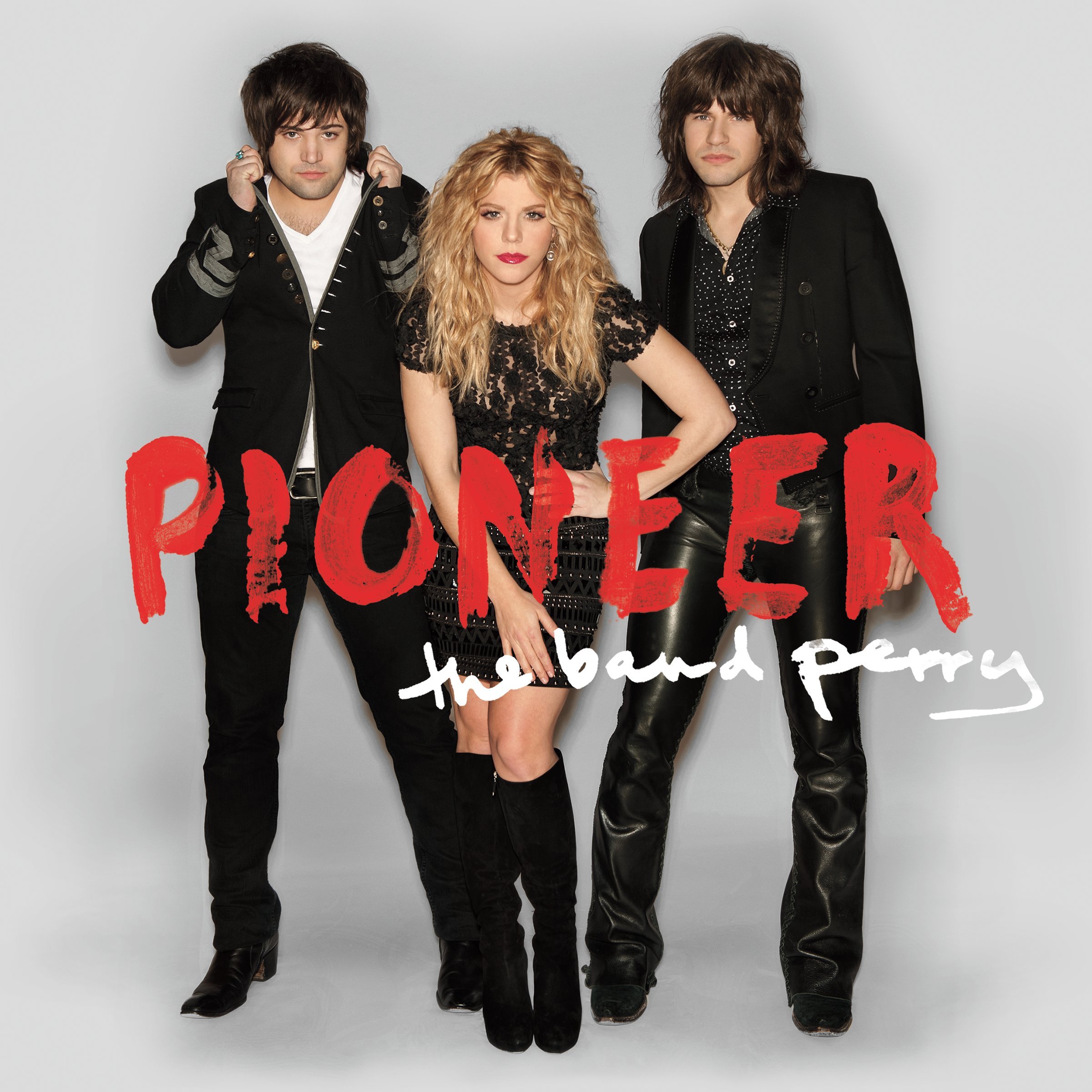 Earlier today The Band Perry shared some exciting news about their highly-anticipated sophomore album. The sibling trio announced the title, PIONEER, and unveiled the album cover via social media platforms.

Building on the musical foundation demonstrated by the band on their first album, PIONEER, is steeped in country tradition, with rock and roll elements both on performance and songwriting. The album was produced by Dann Huff and has been listed as one of Entertainment Weekly's “12 Albums We Can’t Wait For.”

“When we set out to record PIONEER, the three of us drove across the country from Greeneville to Malibu to work with one of our musical superheroes, Rick Rubin,” said Reid Perry. “Our time in the studio with Rick was so incredible because during our early sessions he challenged us to set higher goals as songwriters.”

“With that experience came the realization that we needed to take the music back home to Tennessee and have Dann Huff bring the songs to life with his production,” adds Neil Perry. "Sometimes where one starts off is not where one ends up, which is a big theme for us on PIONEER.”

“There is still so much to be discovered, so many things to be made. There's still so much good to be done and so many songs to sing. So here we are, two years later - Marching forward. Making noise. We are thankful for the momentum of the week and are thrilled that our release of PIONEER is just around the corner. We can't wait!” says Kimberly Perry.

Siblings Kimberly, Reid and Neil Perry quickly catapulted into the mainstream with the success of their Quadruple-Platinum, breakout hit “If I Die Young.” In 2011, the tune took the #1 position on both Country and AC charts as well as earned 2011 CMA Single AND Song of the Year. Their success continued with Platinum-certified “You Lie” and the Gold-certified, #1 smash “All Your Life.” The Band Perry has won multiple ACM, CMA and CMT Music Awards as well as GRAMMY, TEEN CHOICE, AMA, ACA and Billboard Music Award nominations.