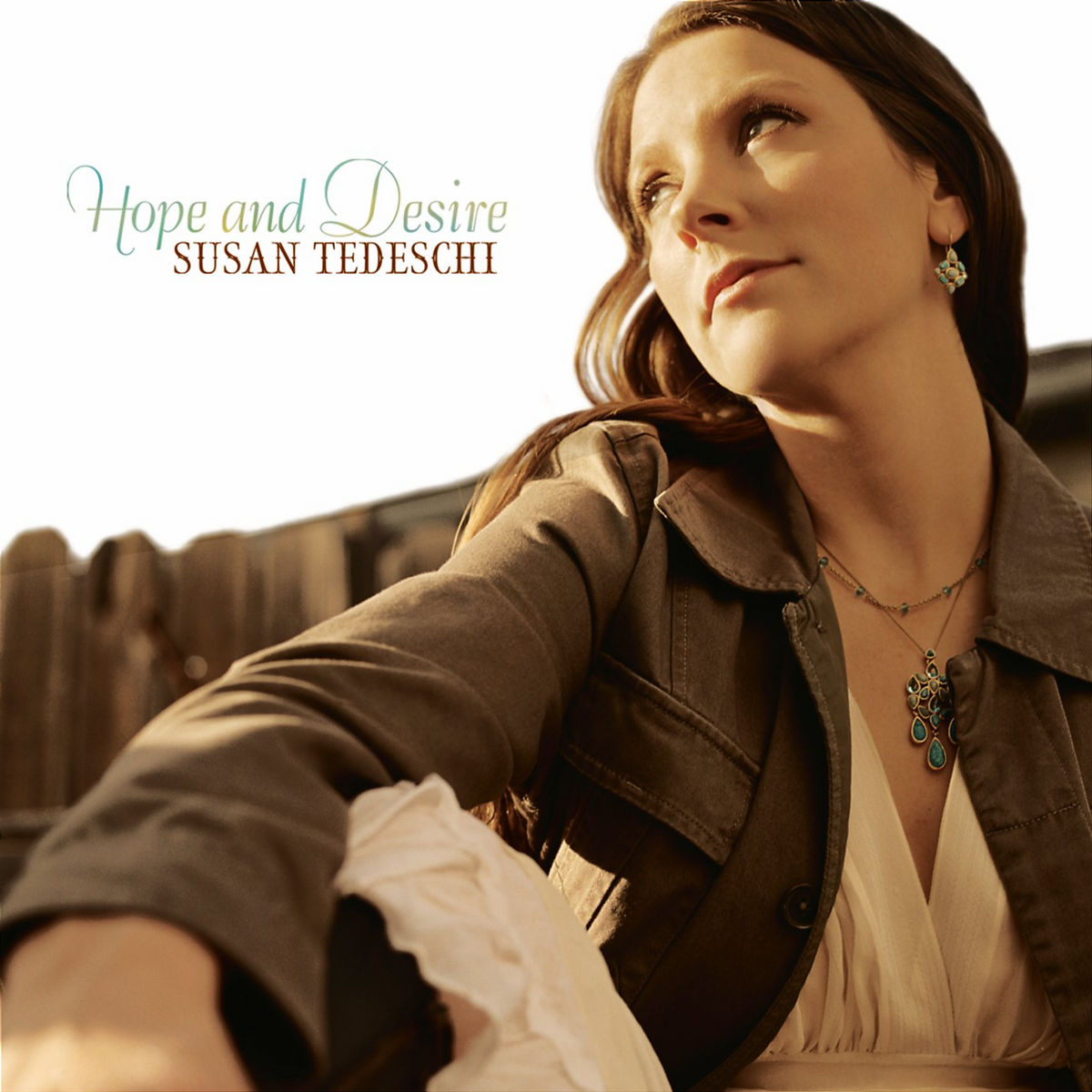 Bewertung:
Nur noch 1 Stück am Lager. Danach versandfertig innerhalb einer Woche (soweit verfügbar beim Lieferanten)
-50%
EUR 15,99**
EUR 7,99*
Versandkosten
Hope and Desire, Tedeschi's fourth album and her first for Verve Forecast, marks a substantial departure for the versatile artist, presenting Tedeschi in the role of interpretive vocal stylist. She puts a soulful, unmistakably personal spin on a heartfelt set of songs drawn from such diverse sources as Ray Charles ("Tired of My Tears"), the Rolling Stones ("You Got the Silver"), Bob Dylan ("Lord Protect My Child"), Aretha Franklin ("Share Your Love with Me"), Donny Hathaway ("Magnificent Sanctuary Band") and Fontella Bass ("Soul of A Man").

"I love to do my own material and create new stuff, but at the same time, there's so many great songs out there," Tedeschi notes. "What I was really going for was to make a great soul record, and these songs all have soul, in one way or another. They all had different things about them that really stood out for me, and they were all songs that haven't necessarily been heard by a lot of people."

Although she's widely respected for her fiery guitar work, on Hope and Desire Tedeschi concentrates on singing, leaving the lion's share of the six-string duties to noted young axe hero Doyle Bramhall II. Three of the album's tracks also feature guitar by Tedeschi's husband, Derek Trucks, leader of his own successful group, the Derek Trucks Band, and current member of the Allman Brothers Band.

The impetus for recording an album of covers initially arose out of circumstance, but Tedeschi quickly embraced the creative challenge of tackling outside material. "I had just written some new songs with my band," she explains, "but with the birth of my daughter, Sophia, most of them weren't really finished yet, so I didn't feel like we were ready to make that record yet. I’ve wanted to record some old tunes by other artists that I admire for a while and it seemed like the right time."

To produce the project, Tedeschi chose Joe Henry, the acclaimed singer / songwriter whose production work for the likes of Solomon Burke, Aimee Mann, Jim White and Bettye Lavette demonstrates his knack for preserving spontaneous moments of musical transcendence. It was Henry who suggested recording the album with a cast of hand-picked players rather than Tedeschi's longstanding band. In addition to guitarist Bramhall, the studio band included bassist Paul Bryan (Aimee Mann, Martha Wainwright) and drummer Jay Bellerose (Paula Cole, Suzanne Vega) - both of whom Tedeschi had known during her days at Boston's Berklee College of Music—and keyboardists Jebin Bruni and David Palmer. Also guesting on the sessions was legendary gospel group the Blind Boys of Alabama, who lend their unmistakable vocal firepower to "Magnificent Sanctuary Band."

"Making this record was a really incredible experience," Tedeschi says. "It was exciting working with new people, and there was tremendous chemistry between all of us. We only had ten days to do it, so we really did everything on the fly. It was all about capturing a moment in time, rather than getting everything perfect, and working that way was a blast. There were no rules and no written parts; we'd just go in and try different things, and if it wasn't happening, we'd just strip it down or try it another way."

The restless sense of musical adventure that's prominent throughout Hope and Desire has always been a key element of Susan Tedeschi's musical DNA. Growing up in a Boston suburb, she began singing with local bands at the age of 13 and subsequently pursued her passion for music while studying at Berklee and performing around the local club scene.

After establishing herself as one of New England's top-drawing live acts, and making her recording debut with her embryonic 1995 album Better Days, Tedeschi achieved an impressive musical and commercial breakthrough with Just Won't Burn. The album, on the independent Tone-Cool label, became a massive grass-roots success, with a minimum of hype and plenty of old-fashioned word of mouth. Just Won't Burn achieved Gold sales status and won Tedeschi a GRAMMY® nomination for Best New Artist, alongside such unlikely company as Britney Spears, Christina Aguilera, Macy Gray and Kid Rock. Tedeschi's next release, 2002's acclaimed, two-time GRAMMY®-nominated Wait for Me, was produced by legendary studio veteran Tom Dowd, and coincided with her marriage to Trucks and the birth of the couple's son Charlie. (vervemusicgroup. com)