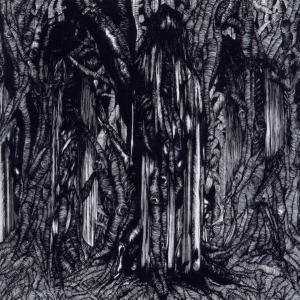 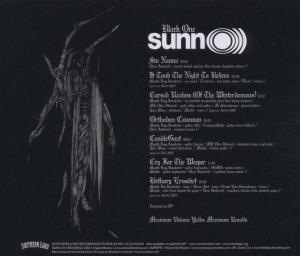 This is the sixth and darkest SUNN O))) album yet featuring very special guests Oren Ambarchi, Wrest (Leviathan/Lurker of Chalice/Twilight), Malefic (Xasthur, Twilight) and John Weise (Bastard Noise). Tonal magma explosions created under the influence of utter blackest atmospheres, SUNN O))) endlessly seeks to push boundaries and demolish pre-conceived ideas of their eminence. Sinister vocal performances courtesy of Wrest (known for his solo work under the names Leviathan and Lurker of Chalice) and Malefic (known for his solo work under the name Xasthur) literally call from beyond the grave. Unorthodox and experimental recording methods were used to obtain the petrifying eerie tone of the voices on this album. For the epic side 4 piece, »Batory Erzebet«, SUNN O))) procured a casket then loaded it into a Cadillac Hearse, and locked Malefic inside with only a microphone and a severe sense of claustrophobia.
The result is truly suffocating and disturbing! Mammoth giants crushing valleys of the drowned. The album is as bleak, crushing, and devoid of light as only they possibly could.