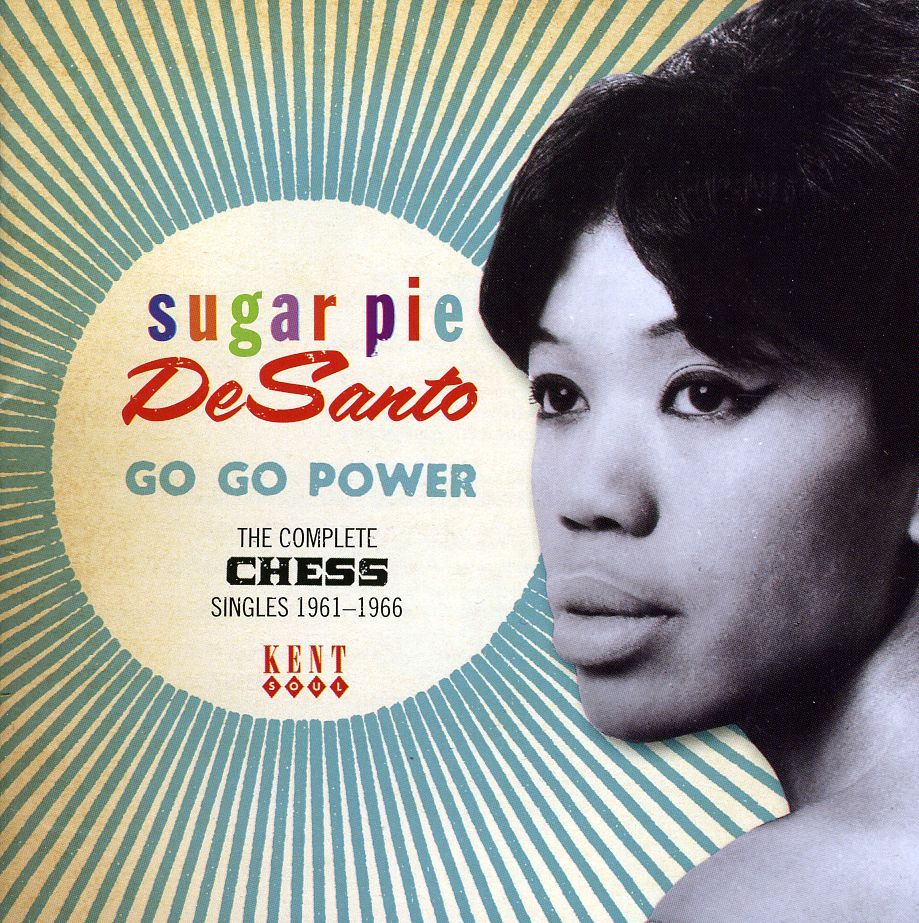 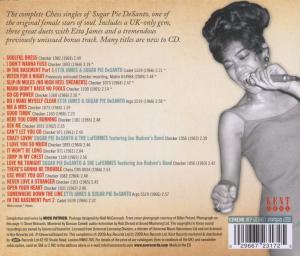 Bewertung:
lieferbar innerhalb 1-2 Wochen
(soweit verfügbar beim Lieferanten)
EUR 18,99*
Versandkosten
It’s one of those names that sticks in the brain, but a 1964 television appearance by Sugar Pie DeSanto was also impressive enough to instantly spring to mind when I was asked to write these words about one of America’s most under-rated R&B singers. It seems impossible now, but one of the UK’s main TV channels devoted a whole Sunday afternoon programme to the now-legendary American Folk Blues Festival. Many got their first sighting of Howling Wolf, Sonny Boy Williamson, Willie Dixon, Sleepy John Estes and Lightnin’ Hopkins that day. Pitting her tiny four-foot-eleven frame against these giants, the only female on the bill turned in the kind of rip-roaring, full-throttle performance that had made her a hot property on the US live circuit. British TV audiences also had the treat of her performing on Ready Steady Go on the same show as the Kinks.

She released a number of singles that caused a stir in R&B circles, although Chess held back releasing many of her recordings so she wouldn’t impinge on their already-happening female star Etta James. This meant that Sugar Pie was mainly used as an in-house writer, churning out songs for label-mates like Fontella Bass, Little Milton, Billy Stewart and Minnie Riperton. The singles she released comprise this stellar collection, showing the lady to be a highly-expressive singer of power, passion and a fair smattering of sauce.

She was born Umpeylia Marsema Balinton in 1935, her Filipino father and black American mother relocating to San Francisco when she was three. Umpeylia’s supercharged pipes developed as she sang along to her concert pianist mother at home and let loose in church, then gaining her talent show success by her mid-teens. She was noticed winning a competition by Johnny Otis, who dubbed her Little Miss Sugar Pie and whisked her on tour, eventually recording her for Federal. The name DeSanto came from basketball star Don Barksdale, who released some of her songs on his Rhythm Records. After marrying Pee Wee Kingsley she went on to record with him for various labels. She scored her first hit in 1960 with ‘I Want To Know’, attracting the attention of James Brown when she appeared at New York’s Apollo Theater. She spent the next two years singing with his Revue.

Sugar Pie released her first single with Chess in early 1961. ‘It Won’t Be Long’ was followed by several for other labels, before she returned the following year with the pleading ballad ‘Ask Me’, kick-starting a string of 45s that would continue until 1966. After label-mate Tommy Tucker hit with ‘High Heel Sneakers’ in 1964, she replied with ‘Slip-In Mules’ and reached the Pop charts for the first time. The follow-up ‘Soulful Dress’ plumbed a similar sassy, stomping vein and also performed well. Its flip, ‘Use What You Got’, highlighted a smouldering, sexy blues groove, while ‘I Don’t Wanna Fuss’ hit a raw, funky grind and ‘Mama Didn’t Raise No Fools’ showed a gentler melodic soul side. Producer Billy Davis then suggested Sugar Pie record with Etta James as their voices boasted a similar kind of bite and roaring soul. The duo’s ‘Do I Make Myself Clear’ and the thumpingly contagious ‘In The Basement’ reached the R&B chart. This compilation is named after ‘Go Go Power’, a 1966 belter, as featured in a recent TV ad campaign.

In the early 70s Sugar Pie moved back to California, where she still lives and works, but here’s a marvellous and long overdue picture of the rise of a truly overlooked and criminally-stifled talent.