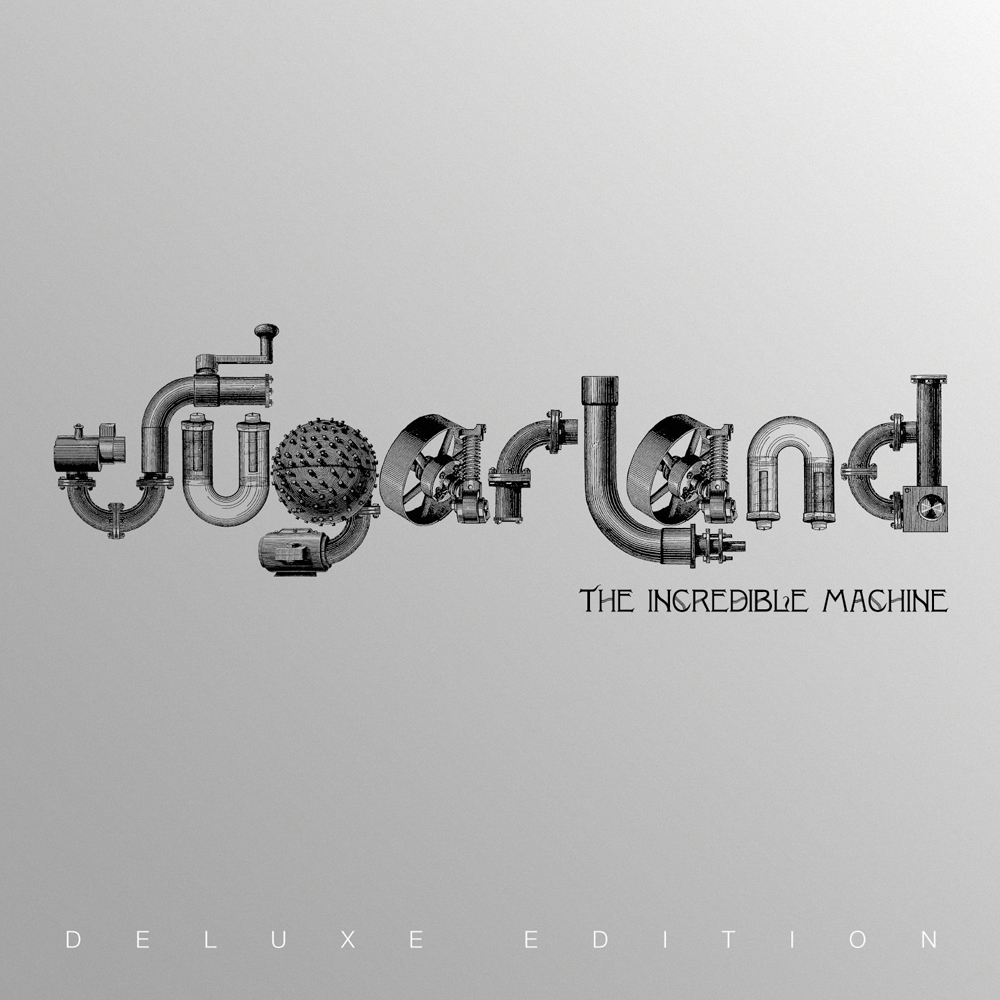 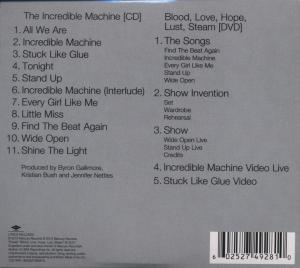 Sugarland
Bigger
LP
EUR 20,99*
* Digipack
DVD:Ländercode:Keine Angabe;Laufzeit:Keine Angabe
To hear Jennifer Nettles tell it, it's a brand new day in Sugarland. Despite winning multiple Grammy, CMA and ACM awards - and selling more than 8 million records - the country-music duo of Nettles and Kristian Bush is embracing a creative rebirth, a musical awakening that permeates their adventurous fourth album, The Incredible Machine.

"We are in a place of discovery," Jennifer says. "It is the essence of who we are as people in this band. There is never a moment where we think, ‘This is good enough.' There's always a place for growth."

A growth that Kristian says has been encouraged by their fans, their record label, and, most importantly, by the genre-bending, all-are-welcome country-music industry. "It's as if the industry and the culture have singled out the biggest risks we've taken on a record, a song like ‘Stay' for example, and celebrated those," he says gratefully. "They've embraced us at those times. We've tried to learn from that and this is what we've made."

And what they've created is a dynamic masterwork. Co-written and co-produced in full by Jennifer and Kristian, The Incredible Machine is a soaring album elevated by sky-high choruses, ringing guitars, and pulsing drums that recall the beating of the album's titular engine, the human heart.

Kristian describes it as a collection of anthems - and there may be no greater understatement. If the duo was searching for the grander side of country on their last record, the double platinum Love on the Inside, they've obviously found it on The Incredible Machine. From the fanfare of the album's opener "All We Are" to Jennifer's sublime piano-ballad closer "Shine the Light," this is an album built for stadiums.

"This record is designed to play in very large places and to communicate with a large group of people," Kristian confirms. "When you have an instrument as powerful and as graceful as Jennifer's voice, you don't want to tip-toe in. You really go for it! And those types of songs are often where Jennifer and I intersect musically."

In fact, the pair found shared inspiration in the iconic music and films of the 1980s, their growing-up years. "We allowed ourselves to play with our influences," Jennifer admits. As such, the coming-of-age movies by director John Hughes and songs by Blondie, Peter Gabriel, The Pretenders and even The Clash all helped fire up the Machine. "When we were writing, we asked what if John Hughes were making movies now.... Who would be on the soundtrack?" Kristian says, going on to connect the dots between rebellious country and rebellious rock. "If you dig far enough you're going to see that The Clash and Johnny Cash had a lot in common. I like to live right where those guys meet."

In a song like the joyous "Find the Beat Again," for instance, Jennifer reminds the heavy-hearted among us that nothing lasts forever, while Kristian's siren-like guitar sound - a technique he adapted from The Clash, he says - pushes the song toward its climax.

Or the call-to-arms "Stand Up," in which the band exhorts listeners to "use your voice." A tale of personal empowerment, the track is almost heroic in its message. It's also one of two songs on the album to showcase Kristian's voice. "I don't know how many people have really ever heard me sing before," he says of his lead verse. "For fans of the band, it's like a whole new layer is peeled back."

"All We Are" is equally triumphant. A rallying cry of sorts, it culminates in a mass of melodies folding upon one another. The result is breathtaking, a musical equation so intricate that it solidifies the duo's ability to write complex fare as well as breezy, winking tunes like first single "Stuck like Glue."

They also flock to Jennifer's knack for finding the voice of everywoman - or even everyman. One of Sugarland's many gifts is their ability to write lyrics that transcend gender, like in their 2004 breakout hit "Baby Girl." On The Incredible Machine, the proof is in the acoustic "Little Miss," a profile of a woman who tries to handle everything, all by herself. "I saw my mom as that person. I see pieces of it in my own daughter. Jennifer is certainly one of those women," Kristian says.

Aside from the powerhouse rocker "Wide Open," written specifically for the 2010 Winter Olympic Games, "Little Miss" is one of the record's earliest penned tracks. "We were at a festival over a year ago and I was on the bus doing my makeup while Kristian was warming up," recalls Jennifer. "I was wearing a checkered dress and he started playing this lick and singing, ‘Little Miss checkered dress.' I popped my head out and sang, ‘Little Miss one big mess!' The way that song was discovered was fun and really beautiful."

And the band is confident that fans, old and new alike, will have a similar experience as they discover the gears and cogs of The Incredible Machine - a country record, a pop record, an anthem record, a ballad record, but above all, an authentic record.

"It's just the two of us," says Kristian. "In the story of who we are, this album is more us than we've ever been."

Jennifer agrees and says the band's rebirth is best summed up in the gentle, searching words of the album's title track: Feels like I'm flying, wings made of light / brand new and shinin', like a shot rung out through the night.

"That's a wonderful metaphor and image for this newly emerging creature that Sugarland is right now, with these vulnerable but beautiful wings. The Incredible Machine is definitely us, but at the same time, there is something very precious and new," she says. "And we want to show it to the world!"