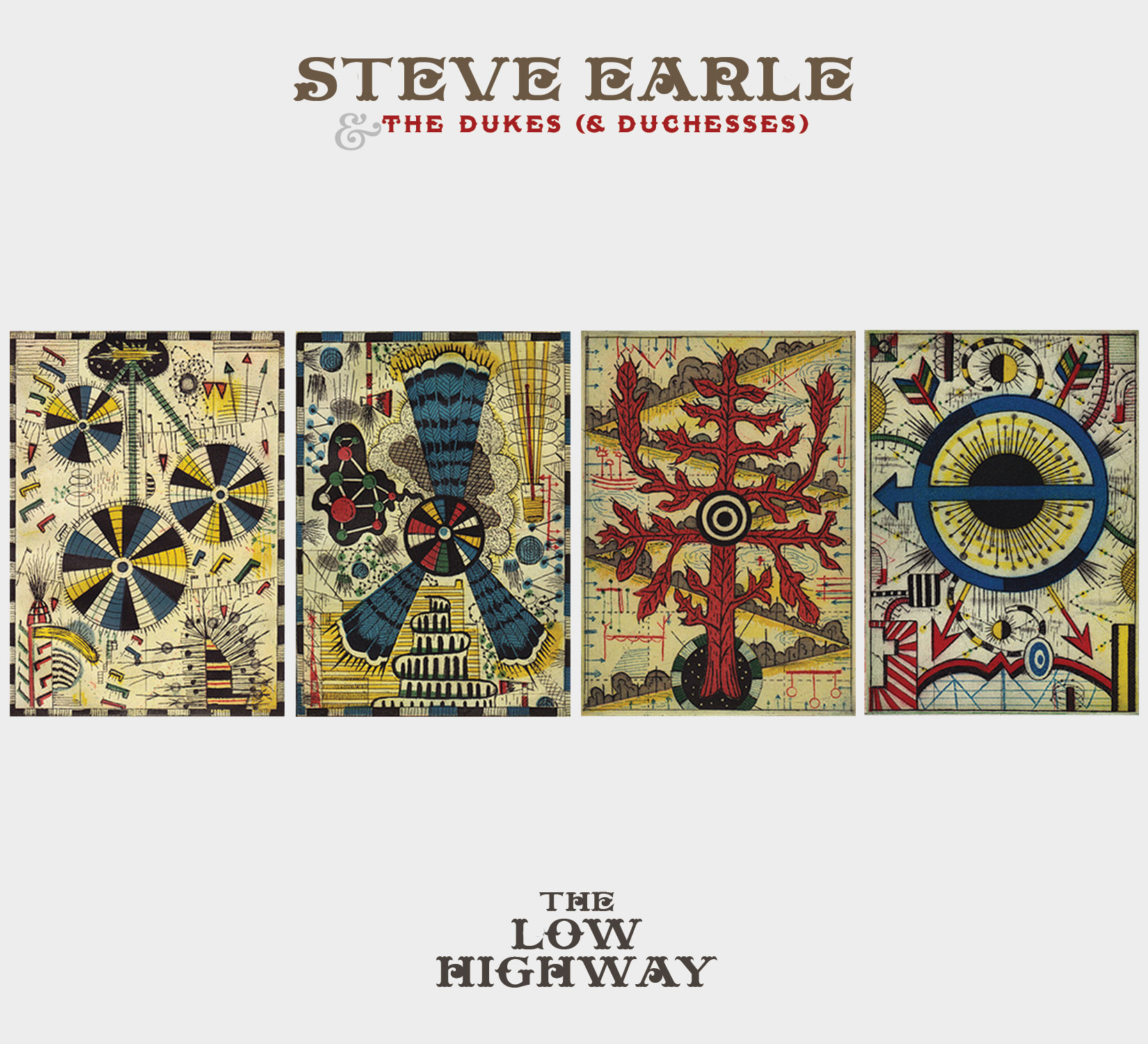 The 12-track set is the anticipated follow up to 2011’s Grammy Award-nominated album I’ll Never Get Out Of This World Alive and is the first billed as “Steve Earle & The Dukes (And Duchesses).” The album is also the first to feature “The Dukes” band name since 1987’s Exit 0. The Low Highway features his live band consisting of Chris Masterson, Eleanor Whitmore, Kelley Looney, Will Rigby and Allison Moorer and was co-produced by Earle and Ray Kennedy (whose production partnership known as the “Twangtrust” was behind Lucinda Williams’ Car Wheels on a Gravel Road). The Low Highway is Earle’s 15th studio album since the release of his highly influential 1986 debut Guitar Town.

Between the opening title track and the reflective closing of “Remember Me,” The Low Highway is very much Steve Earle’s road record, and one that has seen many miles. Earle states in the album liner notes, “I’ve been on every interstate highway in the lower fortyeight states by now and I never get tired of the view. I’ve seen a pretty good chunk of the world and my well-worn passport is one of my most prized possessions, but for me, there’s still nothing like the first night of a North American tour; everybody, band and crew, crowded up in the front lounge, eating Nashville hot chicken and Betty Herbert’s homemade pimento cheese, swapping the same tired old war stories half shouted over the rattle and hum of the highway. And I’m always the last one to holler good night to Charlie Quick, the driver, and climb in my bunk because to me it feels like Christmas Eve long ago when I still believed in Santa Claus. God I love this.”

The Low Highway also features “Love’s Gonna Blow My Way” and “After Mardi Gras,” two songs Earle co-wrote with Lucia Micarelli, his co-star in David Simon’s original HBO Series Treme. Earle played a recurring character, Harley, a street musician who mentored Micarelli’s character Annie during the first two seasons. The songs were written specifically for the series and an additional song written by Earle for Treme, “That All You Got?” was performed by Micarelli’s character with the Red Stick Ramblers during the third season premiere. All three songs are included on the new album and appear in recorded form for the first time here. Earle’s previous composition written for the series, “This City,” garnered both Grammy and Emmy Award nominations in 2010.

A protégé of legendary songwriters Townes Van Zandt and Guy Clark, Earle quickly became a master storyteller in his own right, with his songs being recorded by Johnny Cash, Willie Nelson, Emmylou Harris, Waylon Jennings, Travis Tritt, The Pretenders, Joan Baez and countless others. 1986 saw the release of his debut record, Guitar Town, which shot to number one on the country charts and immediately established the term “New Country.” What followed was an extremely exciting and varied array of releases including the biting hard rock of Copperhead Road (1988), the minimalist beauty of Train A Comin’ (1995), as well as the politically charged masterpiece, Jerusalem (2002) and the Grammy Award Winning albums The Revolution Starts…Now (2004), Washington Square Serenade (2007), and Townes (2009). His previous album, I’ll Never Get Out Of This World Alive (2011) was also Grammy Award nominated.