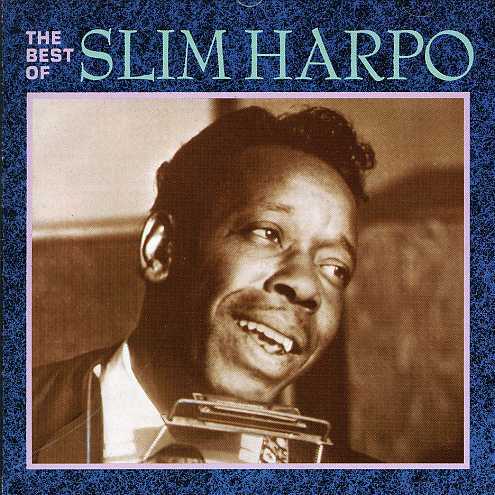 Bewertung:
lieferbar innerhalb 1-2 Wochen
(soweit verfügbar beim Lieferanten)
-25%
EUR 15,99**
EUR 11,99*
Versandkosten
Many of these Excello cuts will be familiar to fans of the Rolling Stones, the Kinks, Van Morrison etc, so check the source.

Arguably the finest of the Baton Rouge bluesmen who came to typify the "Excello Sound", Slim Harpo was only ever really rivalled in stature by contemporary Otis Hicks a. k.a. Lightnin' Slim. Born James Moore in 1924 in Lobdell, Louisiana, Slim Harpo began to record for the Crowley-based Excello label in the rnid-5Os and, except for a brief spell with Imperial Records (unreleased) in 1962, continued to record for them until his untimely death in 1969.His music was a strong influence on the '60s British blues boom.

Many of his singles saw UK release on labels like Pye and Stateside. The Rolling Stones recorded Slim's I'm A King Bee on their first album, The Yardbirds covered I Got Love If You Want It and Rainin' In My Heart was recorded as a Blue Horizon single by one-man blues band Duster Bennett. Zydeco godfather Clifton Chenier took Slim's Baby, Scratch My Rack and almost made it his own. Almost. For Slim Harpo's musical style was completely his own. Great songs-.-a grinding beat-.-slurred, mumbled yet hypnotic vocals-.-spiky, careening guitar lines-.-a rough simple harmonica style. Funky and slightly modem sounding, yet always downhome. His days on the chitlin' circuit, working one nighters and truck driving during the daytime began to come to an end after 1966 and Slim finally began to get the breaks. Scratch My Back reached No. 16 on the Billboard chart and gigs materialised at L. A.'s Whiskey-A-Go-Go, New York's The Scene, The Apollo Theatre, the Fillmore East and The Electric Circus. Success beckoned but sadly it wasn't meant to be.

23 years after his death, the Best Of Slim Harpo stands as a testament to the durability of the singer's best work and a poignant reminder of what a wider audience missed with Slim's early demise.