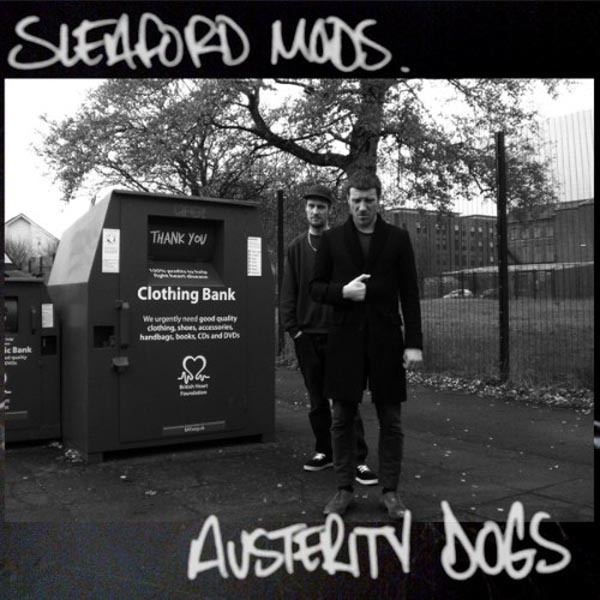 Sleaford Mods started out sometime during 2006 whilst Jason Williamson was living in Nottingham. Born out of part frustration and part accident, it quickly found its feet as an aggressive verbal onslaught on all that is contrived and connected to the day-to-day hammer of low paid employment and domestic situations arising from that trap. After a year of working ideas out in both the studio and in live performance around Nottingham, Williamson moved south and took the cause to London for a couple of years, before returning to Nottingham in 2009. Soon after that he that he met Andrew Fearn and the Sleaford Mods became a duo. Fearn's first work was on the production of "Wank" - the Sleaford Mods' fifth CDr album. Soon after he started stalking the studio and stage with Williamson.
Just after the release of "Wank" the duo were invited to play a three day festival curated by Nottingham's Rammel Club. During that weekend they were introduced to the Harbinger Sound label. A meeting which - a year later - resulted in the release of "Austerity Dogs". Numerous shows around the UK and Europe followed, including further festival appearances. Rave reviews of the album have appeared in magazines as diverse as The Wire and Uncut, along with interviews being published both on paper and on the internet.