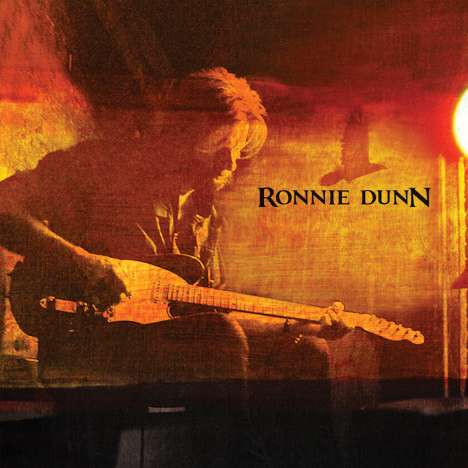 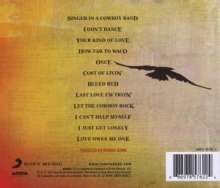 Ronnie Dunn is more than just the first-ever solo album by one of country music’s most beloved artists -- a man who’s already learned a thing or two about being a singer in a cowboy band. As familiar as his winning voice has become, Ronnie Dunn has only now taken the time to explore once and for all his own powerful voice as a brand new solo artist. And as Dunn himself notes with a laugh, “I have to say, I’m sure enjoying feeling ‘new’ all over again.”

For Dunn and for all the fans he earned along the way, this deeply felt new effort has been a long time coming. In many ways, Ronnie Dunnis literally the album of a lifetime for the man whose name now gives this remarkable collection of songs its title. “Yeah, you really could say that I have been waiting my whole life to make this album,” Ronnie Dunn says with a smile as he sits back in The Barn outside his home where he spent countless hours working on this music over the last few years. “Like one of the songs on the album says, ‘We all bleed red,’ and frankly there’s a whole lot of my blood all over these particular tracks.”

As a result of all his hard work, Ronnie Dunnreflects perhaps the most intense soul searching Ronnie Dunn has ever done as a recording artist -- and as a man too. “More than ever before, I felt as if I had a chance here to tell my own story through songs that mean a lot to me -- some I wrote, some I co-wrote, and some that I just tried to make my own,” Dunn says. “Having waited so long to make my own album and say exactly what I wanted to say, I think that I became obsessed with making every song here really count.”

Of course, Ronnie Dunn has had an excellent reason to wait until now to make a solo album. For 20 years, Dunn was extremely proud and thankful to be a big part of the single most successful duo in country music history -- and one of the most popular performing acts in recent music history. “When my musical partnership with Kix happened, lightning just struck. All of a sudden, all that success took us both by surprise, and away we went. It’s like we created these two characters, and we just took off on the rocket together, and kept going.” Brooks & Dunn’s remarkable rocket ride would ultimately result is more than 30 millions albums sold, countless crowd-pleasing stadium and arena shows and multiple CMA Awards, ACM Awards, GRAMMYs, CMT Awards, People’s Choice Awards, Billboard Music Awards and American Music Awards. “Kix and I were very honored in so many ways,” says Dunn. “We didn’t just accomplish everything we dreamed of as a duo. We accomplished a lot more than we ever expected. I have absolutely no complaints and no regrets.”

So when Brooks & Dunn decided to hang up their boots while they were still on top -- ultimately playing their very last show together on September 2, 2010, at the Bridgestone Arena in Nashville, Tennessee -- Dunn finally had the time to call upon all his skills as one of music’s finest voices and storytellers to tell his own story in a way he’s never done before. As he explains, “When I started this album, right from the first song, every track that I wrote or co-wrote or picked was autobiographical in a way. I began with ‘Singer in a Cowboy Band’ -- which is definitely a big part of my story -- and we went on from there, and on and on.”

A famed perfectionist by nature, Dunn admits that he threw himself into the creative process for the album in a very big way as he produced his own solo debut. “This time around I baked it, I baked it and cooked it, and cooked it again,” Dunn says shaking his head. “I wrote or was involved with recording 34 songs for this album. I was all over the place, literally and figuratively. I mean, was cutting all over town everywhere, nonstop. I became a man obsessed, and maybe a man a little lost too. But I kept going because making this album all it could be became so important to me. I wanted this to be something special for all the fans who’ve given me this opportunity -- and for myself too.”

In the end, however, it was Janine Dunn -- Dunn’s wife of 20 years -- who ultimately helped him figure out the secret to making this solo album work. “I’d go home after writing, and it’s the first time Janine, my wife, has ever come to me and said, ‘You need to stop writing right now. Stop the madness.’ She said, ‘If you do anything, go down to The Barn, stare out into space or whatever you’ve got to stare out into, and find yourself.’ She told me, ‘You’ve been running hard for 20 years -- and for about 15 years before that you were running hard to get here. You need to stop and spend time trying to find where you are in your heart.’ As usual, Janine was right. That’s what I fought to do with this album, and I feel like, for the most part, I captured that in the end.” (ronniedunn. com)