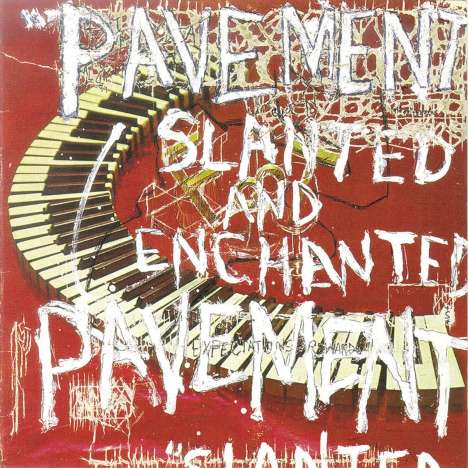 "A marvellous piece of lazy rock'n'roll that does for the current American new wave what Teenage Fanclub's 'A Catholic Education' did for British guitar music... Almost unintentionally they've forged one of the most refreshing American noises for ages," - NME "Perhaps because one half of Pavement lives in New York City and the other in a sleepy, rural, central California town called Stockton, the spirit of the band's music is split right down the middle. Simultaneously sophisticated and unpretentious, heartfelt and totally goofy - but always entirely sincere - Pavement exhibits its genius casually.

The group's first full-length album, Slanted and Enchanted, is brimming with beautiful pop songs, soured a bit by the rhythmic clamour of harder guitar rock. You can hear Pavement's effortless charm in the evocative lyrics of songs like "Loretta's Scars" ("How can I make my body shed for you?") and, ultimately, in the sheer, clangy joyfulness of the band's playing. Pavement does lapse occasionally into superdense experimental noise fests, but it more than compensates for these indulgences with 10 cuts of solid songwriting. No matter where Pavement lived, it would be brilliant." - Entertainment Weekly