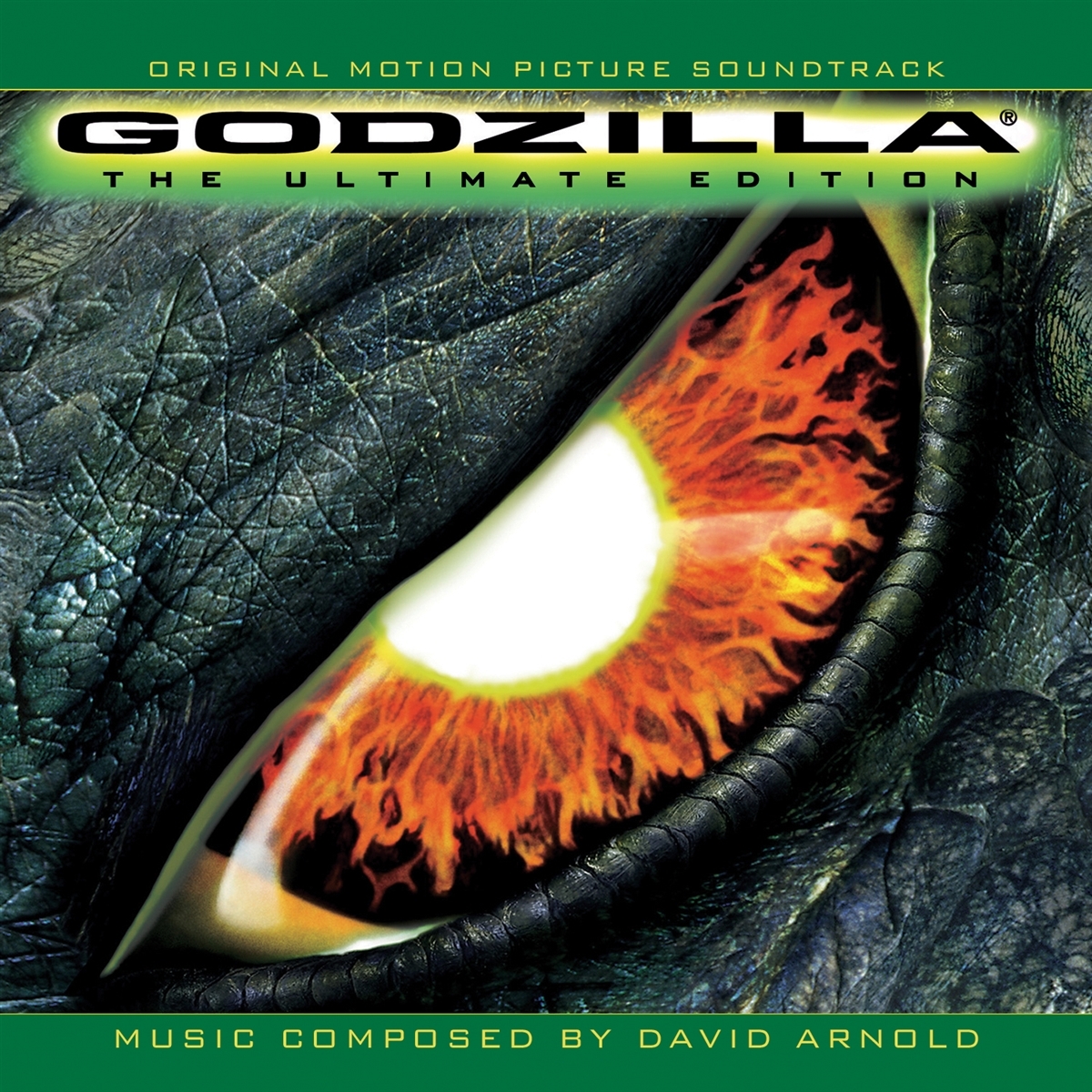 Godzilla - The Ultimate Edition, featuring music composed by David Arnold, conducted by Nicholas Dodd and mastered by James Nelson at Digital Outland. The booklet contains new liner notes written by author David Hirsch. Previously released on compact disc in 2007 and difficult to find, Godzilla returns to the market again, on 3 CDs, including the complete score to the film, along with a selection of bonus tracks on the first two discs and the original planned album presentation of David Arnold's score on the third disc, previously only available as a rare promotional release.