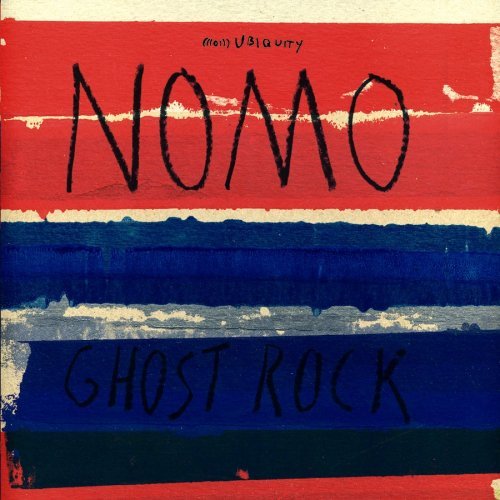 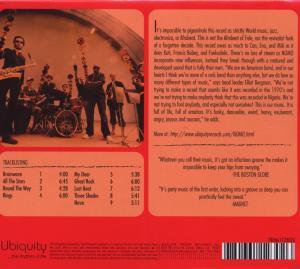 Wir beschaffen die Ware speziell für Sie nach Bestelleingang.
-11%
EUR 17,99**
EUR 15,99*
Versandkosten
Ghost Rock is the new album from the Michigan-based collective NOMO. The album sheds light on the way forward for a band that has been forging its own vital sound. This is not the Afrobeat of Fela, nor the revivalist Funk of a forgotten decade. This record owes as much to Can, Eno, and MIA as it does Kuti, Francis Bebey, and Funkadelic. On Ghost Rock, NOMO arrives in a new place. There’s no loss of steam as they incorporate new influences, instead NOMO breaks through with a matured and developed sound that is fully its own.

“World music, jazz, electronica, Afrobeat…I hope that we don't get marginalized by any of these terms. We are an American band, and in our hearts I think we're more of a rock band than anything else, but we love so many different types of music,” says band leader Elliot Bergman. “We have a set of musicians, and we are trying to organize our sounds in a way that represents ourselves. We're not trying to make a record that sounds like it was recorded in the 70's and we're not trying to make anybody think that this was recorded in Nigeria. We're not trying to fool anybody, and especially not ourselves! This is our music. It is full of life, full of emotion. It’s funky, danceable, weird, heavy, exuberant, angry, joyous and raucous,” he adds.

The band’s perpetual grooves are deeper than ever. The horns are set ablaze and analog synths beam an electrified energy into the music. The homemade percussion arsenal is ramped up a notch, and the electric sawblade gamelan brings gong-like overtones into the tangled vine of synthetic and organic strands. The band taps into its full orchestral potential—the arrangements are filled with timbral variety, as the bubbling textures of the percussion meld with the soaring sounds of the horn section.

With homemade, wild, Morton Subotnick-like, percussive loops on Ghost Rock serving as the framework for the compositions the band were freed up to experiment with different ideas and a bigger, more orchestral, sound was born. Helping NOMO achieve this new direction were some heavy rhythmic contributors. Hamid Drake and Adam Rudolph lend their percussive mastery to several tracks with Drake’s fiery drumming propelling “All the Stars” to new heights. Josh Abrams fills out the low end on “Rings.”

Fans of the band will know that they like to start and end their live shows in the audience, and the opening and closing tracks on Ghost Rock echo this aspect of their performances. “Joining the audience for a song at the beginning or end of a show invites participation,” explains Bergman. “On a good night, it feels like everybody is working together. Having a few great dancers in the audience can really drive the band to new levels, and we love to sing together at the end of show. It ends up solidifying the bond between the player and the listener. It helps to make people feel that music is an event; social, spiritual and communal rather than a commodity to be consumed.”

The band has toured incessantly since the 2006 release New Tones. That album garnered much critical acclaim and ended up on top 10 lists from NPR, Gilles Peterson, and Global Rhythm. The band has performed over 150 live concerts since the album, touring North America, and Europe including stops at Bumbershoot, Pitchfork Festival, the Montreal Jazz Festival, SXSW, and WOMEX. Able to fit anywhere (literally and figuratively)—they’ve shared a stage with everyone from Earth Wind and Fire, to Konono No. 1, to Sharon Jones, to Dan Deacon.