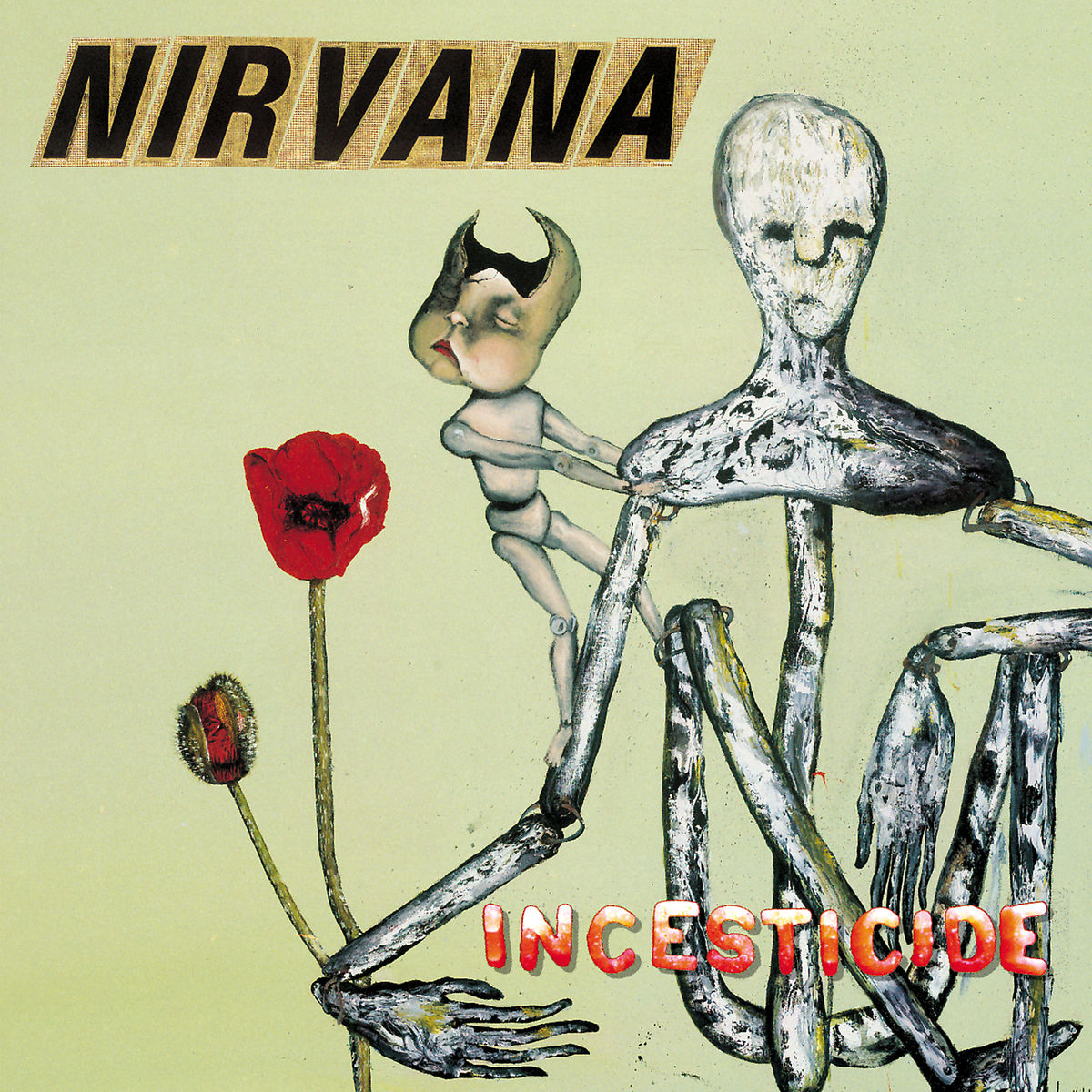 ALL MUSIC GUIDE **** "While Cobain wondered what do next, the band put out 'Incesticide', a collection of B-sides, live performances, outtakes, demos and "rare" singles. The first half of the album is terrific, but after "Beeswax" the entire enterprise collapses into half-baked ideas and outtakes that deserved to stay that way. The first half is filled with BBC sessions previously only available on the Japanese import 'Hormoaning', the B-sides "Been a Son" and "Son of a Gun", and a Sub Pop single. The price of the CD is justified by the first two tracks, the "Dive"/"Silver" single, which was released just before 'Nevermind' was recorded."