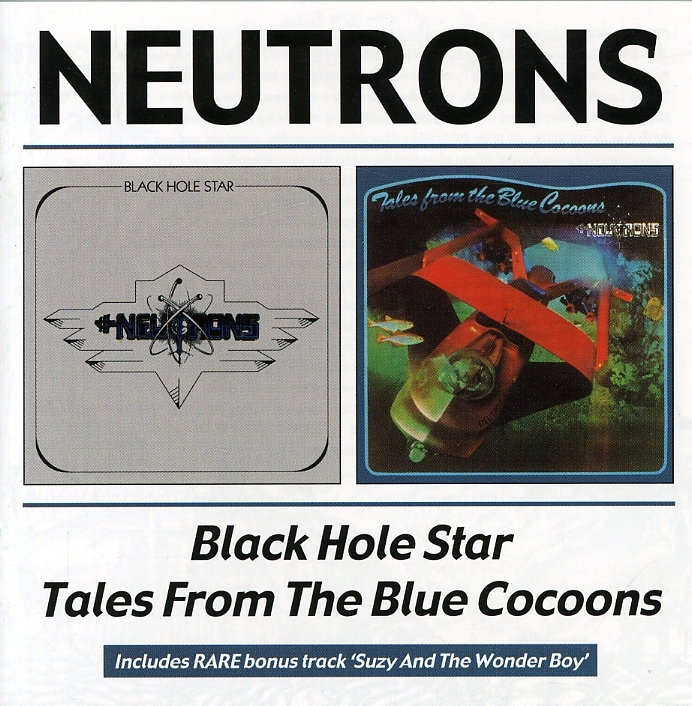 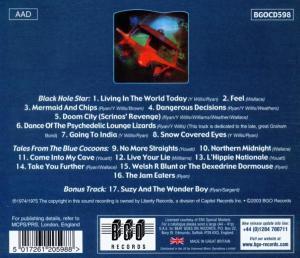 Bewertung:
lieferbar innerhalb 1-2 Wochen
(soweit verfügbar beim Lieferanten)
EUR 13,99*
Verlängerter Rückgabezeitraum bis 31. Januar 2022
Alle zur Rückgabe berechtigten Produkte, die zwischen dem 1. bis 31. Dezember 2021 gekauft wurden, können bis zum 31. Januar 2022 zurückgegeben werden.
Versandkosten
Originally released in 1974 and 1975 on the United Artists record label.
Very much a Man offshoot band like many bands, the Neutrons came together as the result of a lucky break. Not so lucky for Steve Glover, bassist with Pete Brown's Piblokto!, who fractured his wrist while on the road in 1971. His deputy was Michael 'Will' Youatt, who gelled so well with keyboardist (and fellow Welshman) Phil Ryan that, when the band split at the end of the tour, they resolved to pursue their partnership further. They teamed with multi-instrumentalist Clive John, formerly of Welsh progressive giants Man but before anything much could transpire, Phil and Will, along with Clive, were rolled into the ever-changing Man line-up for a couple of albums, 1972's 'Be Good To Yourself' and 1973's 'Back Into The Future'. But the duo hankered after success on their own terms. 'Will and I became a bit disillusioned,' says Phil, 'and Andrew Lauder at United Artists encouraged us to do something instead of just leaving. So we picked up the threads of where we left off with Neutrons Mark 1.'

The result was two outstanding tracks, 'Living In The World Today' and 'Snow Covered Eyes', cut at Rockfield studios in November 1973 and featuring Youatt on bass and guitars, Ryan on keyboard and John 'Pugwash' Weathers (a bandmate of Ryan in the 1960s band Eyes of Blue) moonlighting from Gentle Giant on drums. A contract with UA secured, the duo brought in what Ryan laughingly calls 'a cast of thousands', and 'began to have more specific ideas on who we wanted on what.'

This CD was put together with full support from Phil Ryan and Will Youatt. The bonus track 'Suzy And The Wonder Boy' , which features Dave Edmunds on slide guitar, is the B-side of their rare single 'Dance Of The Psychedelic Lounge Lizards' and thus makes this collection totally complete