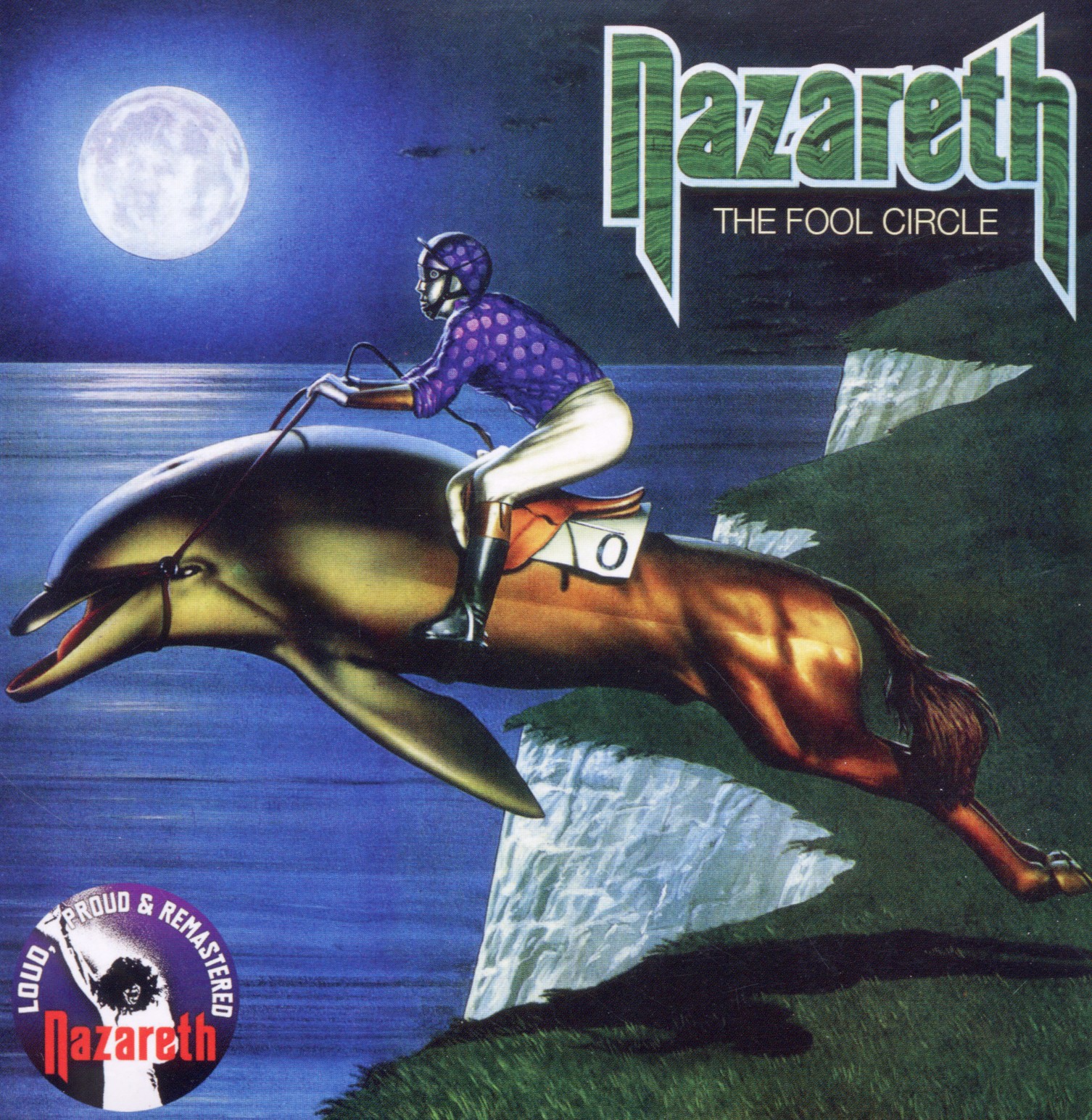 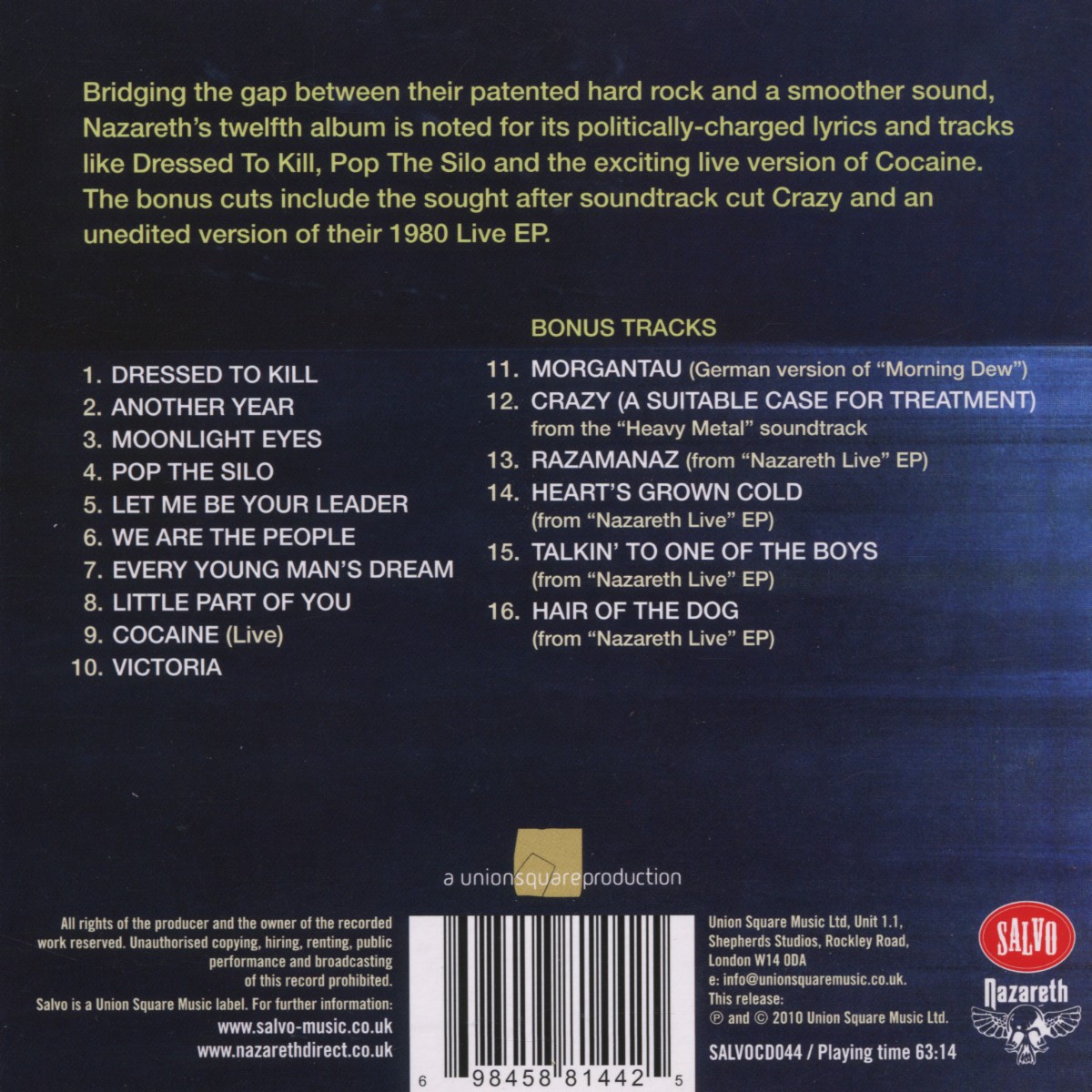 * Digisleeve
Bridging the gap between their patented hard rock and a smoother sound, Nazareth’s twelfth album is noted for its politically-charged lyrics and tracks like Dressed To Kill, Pop The Silo and the exciting live version of Cocaine. The bonus cuts include the sought after soundtrack cut Crazy and an unedited version of their 1980 Live EP.