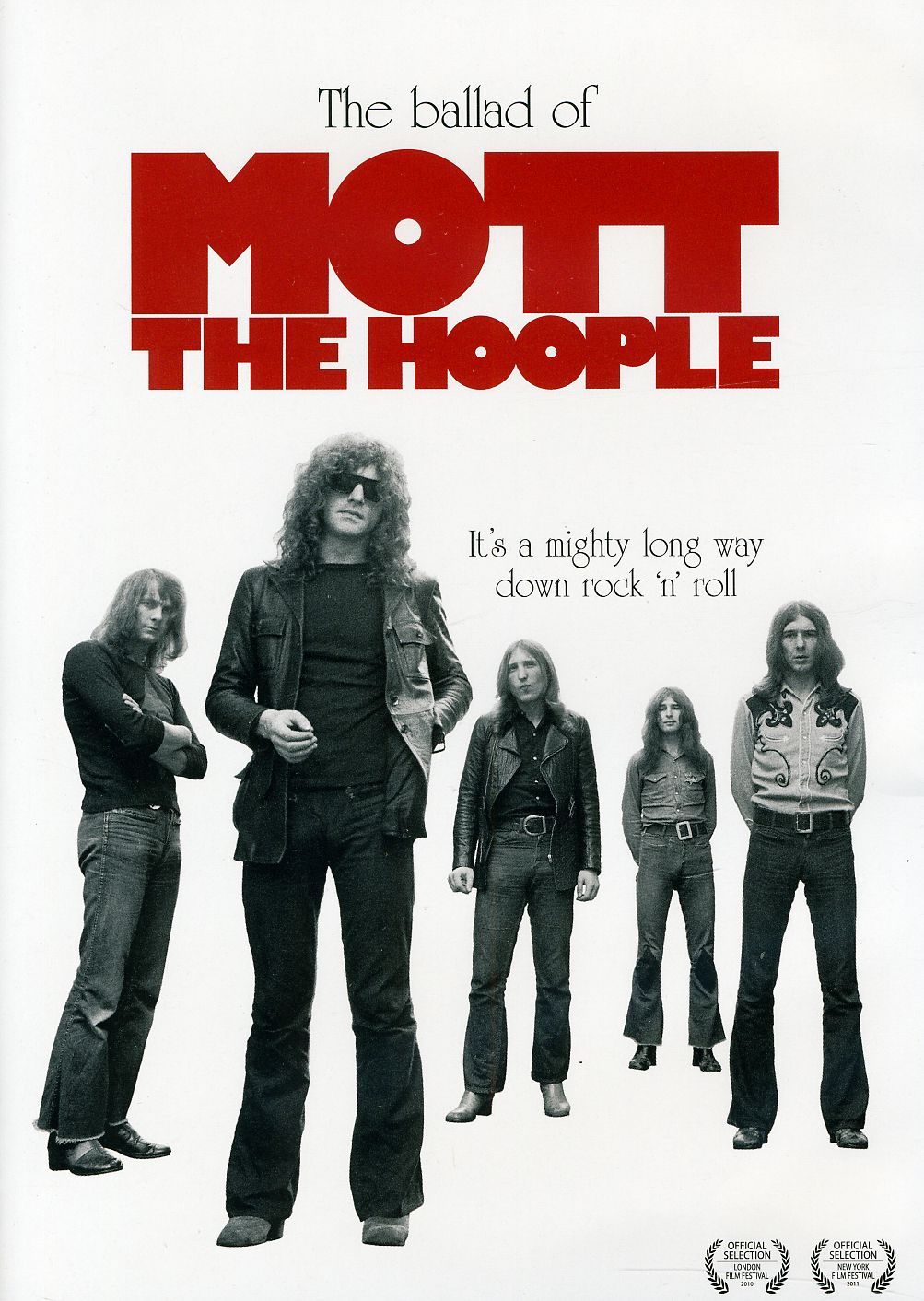 Weitere Ausgaben von The Ballad Of Mott The Hoople

"The Ballad of Mott the Hoople" is a feature length documentary that tells the story of one of England's most cherished rock'n'roll bands. The film brings the band's story to life through a stunning combination of rare and unseen archive footage, their magnificent music and the testimony of band members Ian Hunter, Mick Ralphs, Verden Allen, Dale "Buffin" Griffin, Ariel Bender, Morgan Fisher plus other associates and witnesses, including The Clash's Mick Jones, Queen's Roger Taylor and Mott The Hoople "Seadivers" fanclub president Kris Needs. The DVD includes a 12-Page Booklet Featuring Liner Notes By Morrissey, a limited edition set of 5-postcards and over one hour of bonus material. Running Time: 101 Minutes.

Detailing the whole story up to the band imploding at the height of their fame "The Ballad Of Mott The Hoople" chronicles and evaluates (in the artists' own words) this very unique history and the lasting impression that Mott The Hoople made on their peers and the younger groups that followed in their wake. It's all here, from their early encounters with the troubled, yet visionary Svengali Guy Stevens, the astounding music which followed to the band's witty, honest and frank recollections of the crazy circumstances that whisked them from Hereford to the bright lights of London, America and world level rock stardom. In 2009 the group reformed to play a reunion show at The Hammersmith Apollo to a packed audience that included such deities as Jimmy Page. The only available film footage of this legendary return to glory is available on this DVD!